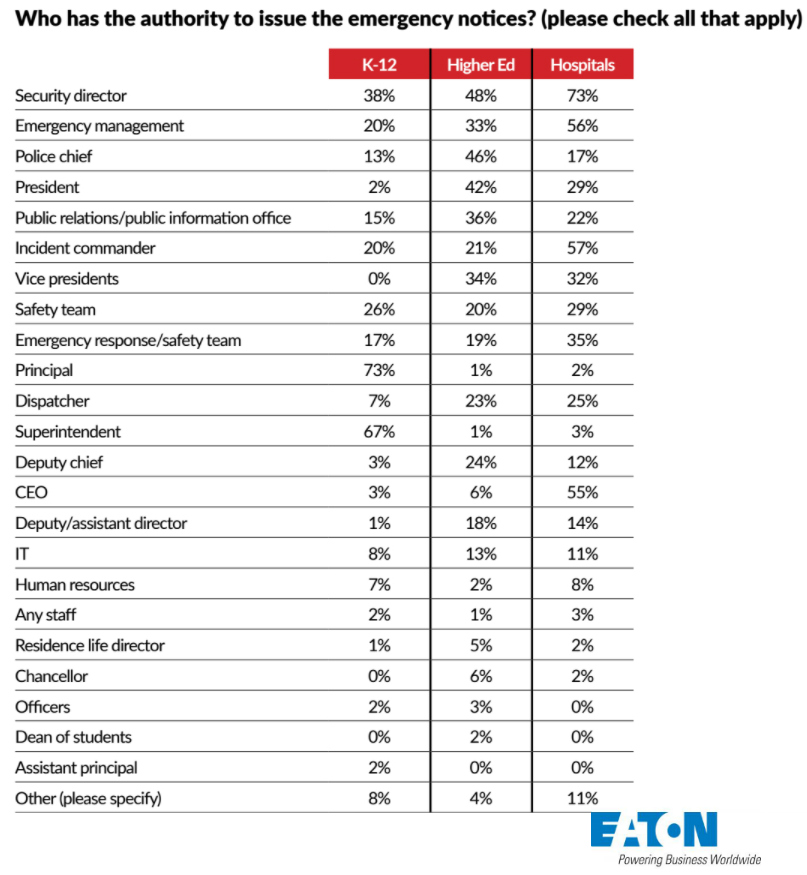 In the past three years, there hasn’t been much change in most of the categories of campus personnel who are authorized to issue emergency notifications. Like in 2014, today’s security directors are the indivduals most likely to have authority in hospitals, colleges and schools.

That said, there appears to be a shift in authority to more junior positions. Dispatchers at universities and healthcare facilities are now 5% more likely to have authority than they did three years ago.

However, hospital vice presidents are much less likely to have authority than before: In 2014, 51% had authority to send out alerts, while today only 32% have it.

Safety teams also have more authority than before: 9% more for hospitals and 7% more for universities and schools. By contrast, 11% fewer K-12 superintendents have the authority to issue emergency notifications than three years ago.

For hospitals, 7% more public relations/public information offices have the authority to issue alerts than in 2014. 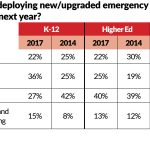 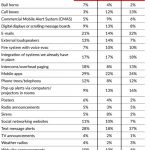 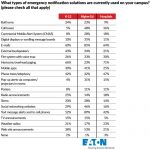 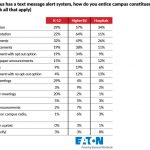 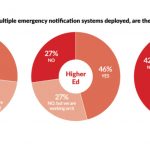 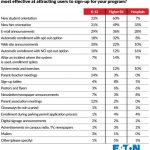 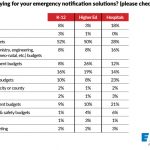 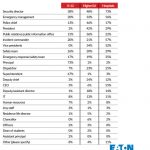 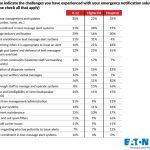