Dallas ISD published a survey asking parents to share their thoughts on implementing a clear backpack policy for the 2022-2023 school year.

Ohio State has a $35 million annual budget for safety and security.

UGA’s safety and security improvements include more lighting, security cameras and police personnel, as well as upgrades in the local business district.

Identify your risks at the start of your mass notification project, but also during the project and for as long as the MNS system is in use. 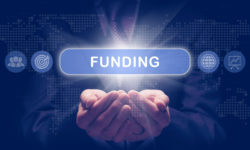