The Directors of the Year were announced at the Campus Safety Online Summit. 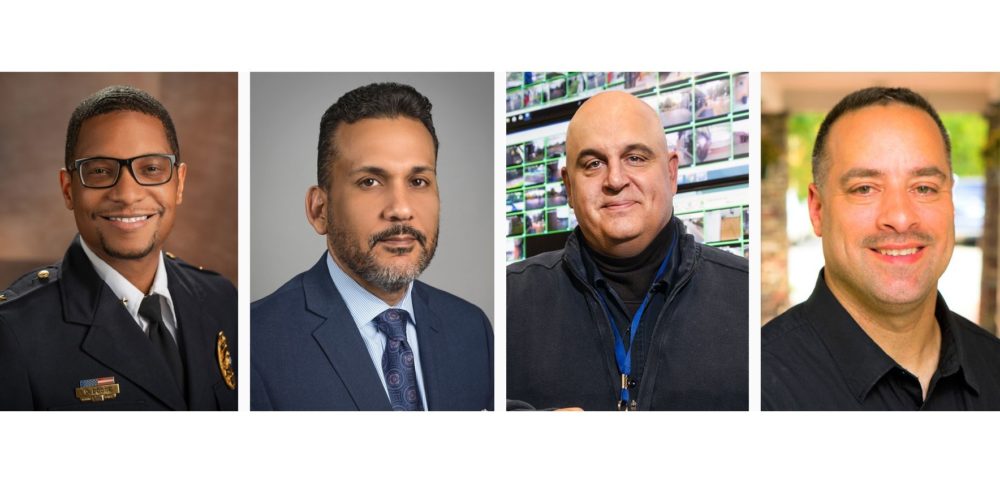 The Director of the Year award recipients are, from left to right: Demario Boone, Eric Clay, Guy Grace and Edgar Rodriguez.

Congratulations to the 2020 Campus Safety Director of the Year award recipients! All of the winners were announced on Tuesday at the Campus Safety Online Summit.

The winner of the healthcare division is Eric Clay, CoxHealth’s director of public safety, while the winner of the higher education division is Edgar Rodriguez, Quinnipiac University’s former chief of public safety.  The K-12 sector had two protection executives who came out on top: Demario Boone, who is chief at Peoria Public Schools, and Guy Grace, who is director of security and emergency planning at Littleton Public Schools.

The ceremony started off with a video montage highlighting some of the achievements of the finalists. Campus Safety Editor-in-Chief Robin Hattersley then announced the winners as well as provided an overview of some of their accomplishments.

Each award recipient gave an acceptance speech, thanking the officers, executives and administrators who helped them achieve their campus security, public safety and emergency management objectives over the years.

All four winners of this year’s Director of the Year program will be featured in upcoming issues of Campus Safety magazine as well as online at CampusSafetyMagazine.com. Additionally, CS will begin accepting nominations for next year’s program this fall.