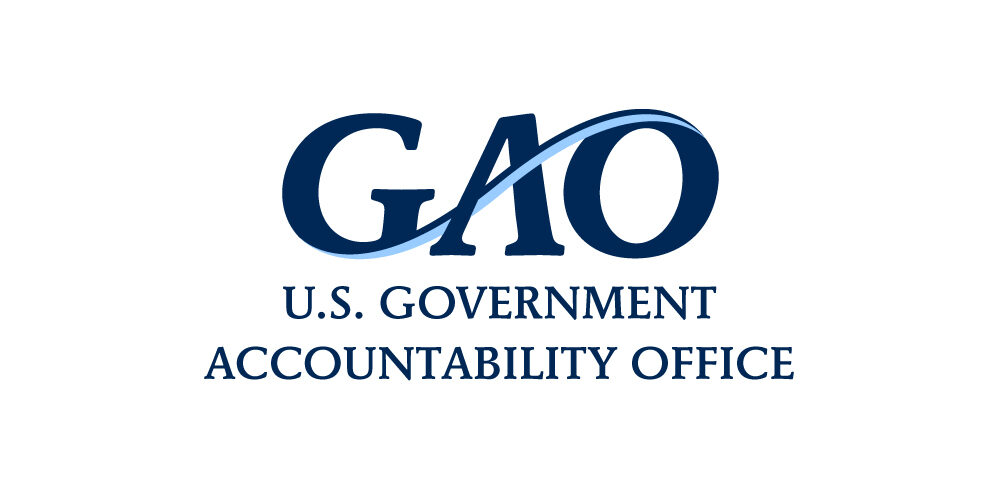 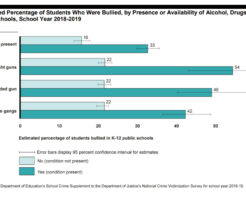 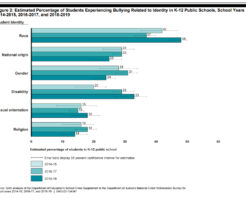 During the 2018-19 school year, one in five students ages 12 to 18 — an estimated 5.2 million students — were bullied, according to new findings released by the U.S. Government Accountability Office (GAO). Of those students, nearly a quarter experienced bullying related to identity.

The report, Students’ Experiences with Bullying, Hate Speech, Hate Crimes, and Victimization in Schools, was released in Nov. 2021 and examines the prevalence and nature of hostile behaviors in K-12 public schools, the presence of K-12 school programs and practices to address hostile behaviors, and how the U.S. Department of Education has addressed complaints related to these issues in school years 2010-2011 through 2019-2020.

To address the first two parts, GAO analyzed two nationally generalizable federal surveys of students and schools. One is a survey of 12- to 18-year-old students for school years 2014-15, 2016-17, and 2018-19, and the other is a survey of schools for school years 2015-16 and 2017-18. To address the third item, it analyzed 10 years of the Education Department’s Office for Civil Rights (OCR) case management system data. 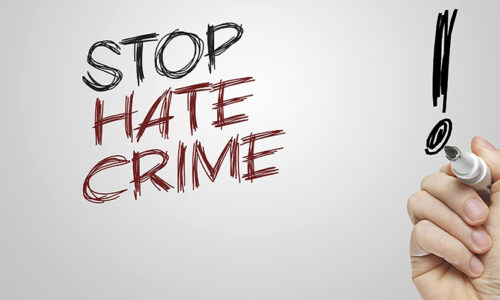 The report also found certain school characteristics or climates were associated with more bullying. For instance, middle school students were more likely to be bullied than high school students, and students in schools with 300 or fewer students were more likely to report being bullied than students in schools with 1,000 or more students. Students who observed the presence or availability of drugs, alcohol or weapons in school also reported being bullied more than students who did not (see Figure 1).

How Are Schools Addressing Hostile Behaviors?

According to stopbullying.gov, hostile behaviors in K-12 students can have long-term effects not only on students being bullied but also on students who are doing the bullying and students who witness bullying (effects outlined on Page 8 of the report). To curb hostile behaviors and subsequent consequences, the report found nearly every school has programs or practices in place to address hostile behaviors. Schools’ adoption of them increased from school year 2015-16 to 2017-18 (see Figure 9). Approximately 18,000 more schools implemented social-emotional learning and nearly 1,200 more used in-school suspensions. Furthermore, 2,000 more schools used school resource officers (SROs) in school year 2017-2018. 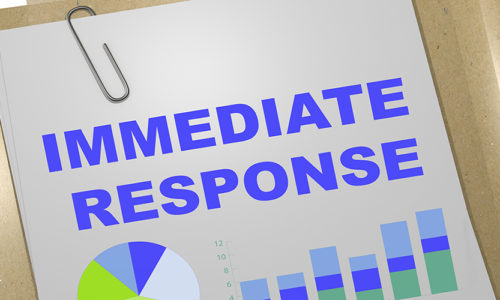 Even with these practices in place, the report found school officials were aware of students being bullied regularly in about 30% of schools and occasionally in about 64% of schools. In school year 2018-19, only 44% of bullied students reported the bullying to a teacher or another adult at school.

The report also breaks down offerings of mental health services, disciplinary actions most commonly available and used, monitoring and security mechanisms, such as anonymous reporting and access control, and tasks most commonly performed by SROs.

How Has the Office for Civil Rights Addressed These Threats?

In regards to how the Education department has addressed these issues, the report claims it has resolved complaints of hostile behaviors quicker in recent years, partly due to more complaints being dismissed and fewer complaints being filed.

The average resolution time dropped and remained below the 180-day target for each protected class since school year 2017-18 (see Figure 17). The declines were the greatest for complaints of alleged violations on the basis of sex. Complaints of hostile behaviors filed with the OCR declined by 9% and 15%, respectively, in school years 2018-19 and 2019-20 (see Figure 21).

During the 2019-20 school year, 81% of resolved complaints were dismissed, most commonly because the OCR did not receive consent to disclose the complainant’s identity to those they filed the complaint against (see Figure 20). Complaints of alleged civil rights violations on the basis of sex were the most frequently dismissed complaint in the 2019-20 school year at 88%, followed by those on the basis of race, class or national origin at 87% and disability status at 76%. In comparison, dismissals account for 49% of resolutions in the 2010-11 school year (see Figure 19).

“Some civil rights experts said they lost confidence in Education’s ability to address civil rights violations in schools—citing Education’s rescission of guidance that clarified civil rights protections, such as those for transgender students,” the report says.