The letter was signed by families from 47 states and the District of Columbia.

A letter signed by more than 700 parents of transgender students accuses U.S. Education Secretary Betsy DeVos of failing to protect their children after the Trump administration rescinded restroom guidance that allowed students to use the bathroom that corresponds with their gender identity.

The letter, signed by families from 47 states and the District of Columbia, was organized by the Human Rights Campaign (HRC), the nation’s largest lesbian, gay, bisexual, transgender and queer (LGBTQ) civil rights organization and its Parents of Transgender Equality Council.

In the letter, the HRC says transgender students “need full support from our federal government — particularly the agencies tasked with protecting youth from discrimination.” These students, the group says, “are put at daily physical, emotional, and psychological risk when they are offered no recourse for discriminatory actions taken by educators, administrators, school staff, and peers.” 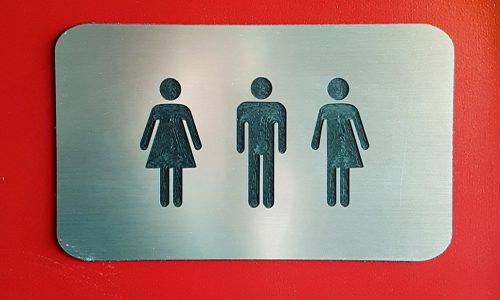 The letter also notes that complaints to the U.S. Education Department’s Office for Civil Rights have dropped 40 percent since President Trump took office.

The HRC also alleges the department’s Office for Civil Rights is turning away transgender students and their families who have filed discrimination complaints under Title IX of the Education Amendments of 1972.

“Parents across this country are heartbroken and enraged by the unconscionable disregard shown them by Betsy DeVos and the Department of Education,” says Ellen Kahn, director of HRC’s Children Youth and Families Program. “The department’s Office for Civil Rights should be a beacon of hope for families, and instead it is now a black hole of neglect. Shame on Secretary DeVos for turning her back on some of the most vulnerable young people in our public schools.”

A survey of more than 12,000 LGBTQ students, conducted by HRC and the University of Connecticut, found 50 percent of students who identify as “transgender, non-binary, or otherwise non-cisgender” never use school bathrooms. Of those 50 percent, 90 percent say they are “personally restricted” from using facilities that align with their gender identity, reports USA Today.

The survey also found that only 18 percent of respondents are always referred to with the correct pronouns at school and only 30 percent are able to dress and express themselves in a way that matches their gender identity, according to HRC.

A 2016 statewide survey of nearly 81,000 Minnesota Teens found nearly three percent are transgender or gender nonconforming, according to NBC News.

The study also found those students who identified as transgender or gender nonconforming reported worse mental and physical health than students who do not.

DeVos has not yet responded to the letter, which was released on Wednesday.