Staff, parents, and students from Gilbert Public Schools collaborated to conduct a reunification exercise that was videoed, produced, and shared with the rest of the campus community.

“The whole is greater than the sum of its parts.” A quick Google search of this phrase shows the Internet is split on its origin, but successful leaders likely aren’t split on its general sentiment: more can be accomplished together than alone. 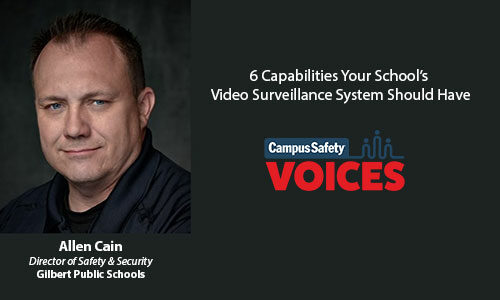 Related: 6 Capabilities Your School’s Video Surveillance System Should Have

In an earlier interview with Campus Safety, Cain spoke about how he gathered various stakeholders to decide which capabilities were needed in the new district-wide video surveillance system. He knew input from staff, including school resource officers, IT employees, and administrators, was crucial to ensuring the technology reached its maximum potential. Cain also established relationships with the City of Gilbert and the City of Mesa Police Departments to integrate the system with their dispatch centers.

Another impressive project Cain undertook that required immense collaboration was creating a district-wide student reunification plan. For months, Cain collaborated with Spectrum Elementary School Principal Sharon Boomer. The duo, along with input from other stakeholders, also organized and conducted a reunification exercise to test the new plan.

All fourth graders were evacuated from one of the district’s elementary schools and transported to one of the high schools. Parent volunteers were notified of the planned evacuation and given detailed instructions on how to retrieve their children. GPS employees from various departments were also involved, including the district health and nutrition department, which provided food and water during the drill. Additionally, Gilbert Police and Gilbert Fire were present for the exercise. 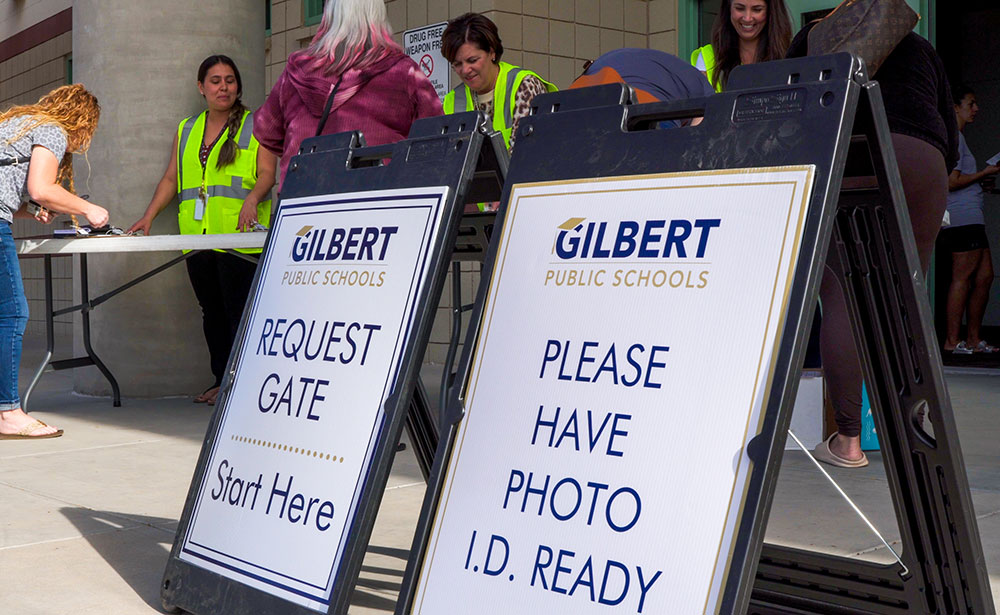 Cain took lessons learned from the drill and made changes to the new plan. One lesson learned was that the district needed additional transportation during an emergency. Cain worked with the GPS Transportation Department to obtain his Commercial Drivers License (CDL) in case he ever needed to drive a school bus during a critical event.

Furthermore, the reunification drill was filmed by the district’s in-house videographer and an informative YouTube video was created to distribute to all district stakeholders, namely district families. The video, which lives on the district’s safety and security video resource library, highlights information about parents’ and families’ roles during an incident, including how to update emergency contact information, how they will be notified during an emergency, and how the student release process will go, among other things.

Through the district’s reunification drill, it was made clear to the Gilbert community that collaboration from various stakeholders is critical during an emergency event.

“Allen is a team player and truly cares about the people around him, the people he works with, and our students,” says Jennefer Frost, Director of Health Services for GPS. “His knowledge and expertise in safety and security is invaluable to us, but also his ability — and willingness — to work with all the different groups we have in our district truly sets him apart.”

Aside from the reunification drill, Cain’s collaborative spirit shows as he sits on a local security consortium and a central state consortium, and chairs the GPS District Emergency Response Team (DERT). He also partners with the GPS District Prevention Coordinator to teach staff how to recognize, understand, and interact with youth who are struggling with their mental health.

“Allen’s efforts in this area were clearly outside the traditional scope of campus security. Allen did not have to implement this program, but he saw the benefits of collaborating with other departments in GPS,” says Lockwood. “This program works because Allen took the time to make personal connections with others to support a bigger picture of what safety really means. He deserves [recognition] not just because he has been a part of so many projects bettering our facilities, but probably more importantly, in being able to create a vision for other departments and assist them in also providing a safe environment for our students.”