It is essential to take any and all threats seriously that intimate violence, and to implement the necessary resources and intervention. 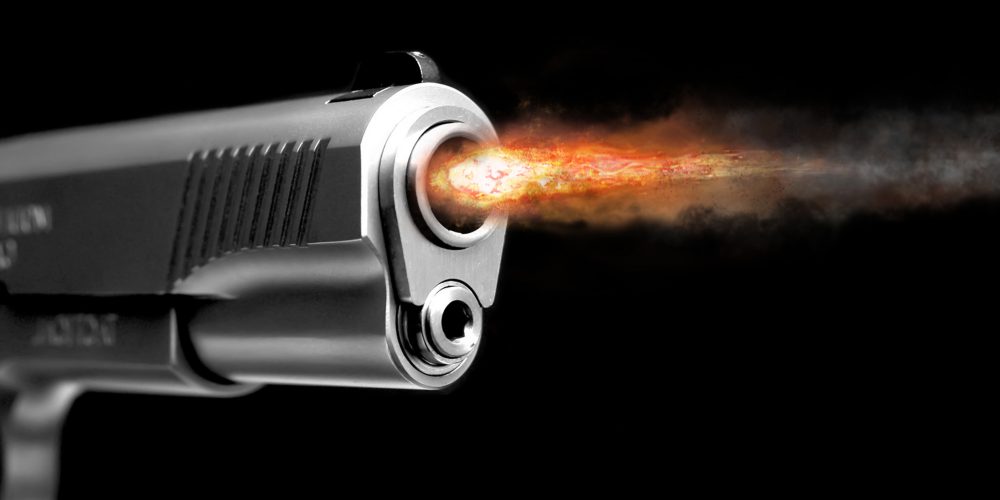 Almost every day the news presents for us another story about the latest incident involving a mass shooting.  Just in 2021, a mentally disturbed individual killed eight persons at various Atlanta business locations. In the Denver area, a grocery store attack killed ten people, to include a responding police officer. At an Indianapolis FedEx warehouse facility, a disgruntled ex-employee killed nine former co-workers.  History has shown that the tragedy of an active shooting attack occurs all too frequently.

Unfortunately, such mass shootings also occur on school and college campuses.  The 1966 University of Texas shooting killed 16 and wounded another 33 before law enforcement was able to stop the sniper positioned in the university’s clock tower. The 1999 shooting at Columbine High School killed 13 and wounded another 24 students. In 2007 an active shooter at Virginia Tech barricaded the building exits before trapping and killing 32 students along with wounded 23 others. Sandy Hook Elementary School was the site of the 2012 attack that left 27 dead, to include 20 elementary students ages six and younger. In 2017 Marjory Stoneman Douglas High School was the target of a suspended student who killed 17 and wounded the same number of students. Between 2012-2019, there were 387 mass shootings in the United States, 40 of which occurred on academic campuses. In 2019 alone, 211 people nationwide were killed as a result of active shooting attacks.

Law enforcement defines an active shooter as an individual who is actively engaged in killing or attempting to kill persons in a confined and populated area, typically through the use of a firearm. A mass shooting is further characterized by three or more deaths occurring as a result of the attack. Active shooters typically act alone and will almost never take hostages or negotiate with authorities before the incident is over. On average, an active shooter situation will last approximately eight minutes, enabling the attacker time to cause significant damage even before law enforcement is able to arrive on scene.

The reality of the active shooter threat means students and facility must know how to respond if confronted with this deadly situation.  The “Run, Hide or Fight” response strategy has proven useful in affording innocent victims the best chance of evading harm, and it is incumbent on those responsible for campus safety to provide such training to all whom can benefit. Additionally, faculty and students need to also understand what actions to take as they escape the danger, such as displaying empty and raised hands when confronted by arriving authorities so as not to be mistaken for the threat. Also, responding police will need actionable information, to include the description and location of the attacker, as well as the number and severity of injured victims.

Just as important, campus safety personnel, as well as faculty and students, should learn the warning signs of a potential active shooter, the identification of which could help prevent a mass tragedy event. These warning signs include discernable behaviors that can raise concern regarding a potential future active shooter situation. Warning indicators can manifest in the form of social media that telegraph a potential shooter’s intent through the posting of content that supports violence, promotes the criminal use of weapons, or the expression of threatening messages. Furthermore, negative changes in personal behaviors, such as increased aggressiveness, paranoia or depression, can all be precursors to someone who is contemplating a mass shooting. It is essential to take any and all threats seriously that intimate violence, and to implement the necessary resources and intervention. Providing assistance to a troubled individual in advance can prevent violent actions in the future.

No one ever wants to be in the midst of an active shooter scenario. Unfortunately, history has shown that mass shootings happen with some degree of regularity, to include occurring on campus settings. While difficult to influence the actions of those who are mentally ill or wish to commit violence, the safety and security of individual faculty and students can be enhanced through an understanding of active shooter response strategies.  Moreover, the recognition of the potential warning signs and providing intervention to the individual in question can enhance the safety of the overall campus community.

John Iannarelli is a former police and an attorney. He retired from the FBI after more than 20 years of service.  During his law enforcement career he has responded to two active shooter events on school campuses, as well as having been scene for the investigation of the shooting of Congresswoman Gabrielle Giffords who was attacked by a college student was placed on probation from school. John is a frequent on-air contributor for the national news media, to include the Fox News Channel and CNN, and has been profiled in Forbes. He provided live on-scene coverage from Las Vegas of the Mandalay Bay mass shooting attack as it occurred. He is the author of five books, including How to Spot A Terrorist Before It’s Too Late. His just released 5th book, Disorderly Conduct, examines the lighter side of law enforcement and the humorous moments during John’s FBI career.