Time and time again, studies have shown that behavioral characteristics are key to determining if a student may become violent.

Authorities say the school shooting was targeted, stemming from an ongoing gang dispute.

Most responsible adults would agree that child safety is paramount, so solving school safety should not be controversial. Unfortunately, many proposed solutions show large partisan gulfs in support. If we want to make progress, we should consider answers that transcend our political divides.

Police Chief Steve Drew said the shooting was intentional. The teacher was listed in stable condition as of Saturday.

Authorities believe the suspected shooter may have been a trespasser who was confronted by the security officer. 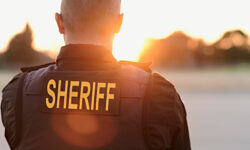 A third-party investigator also determined the sheriff’s office had no policy in place for handling active shooter situations.