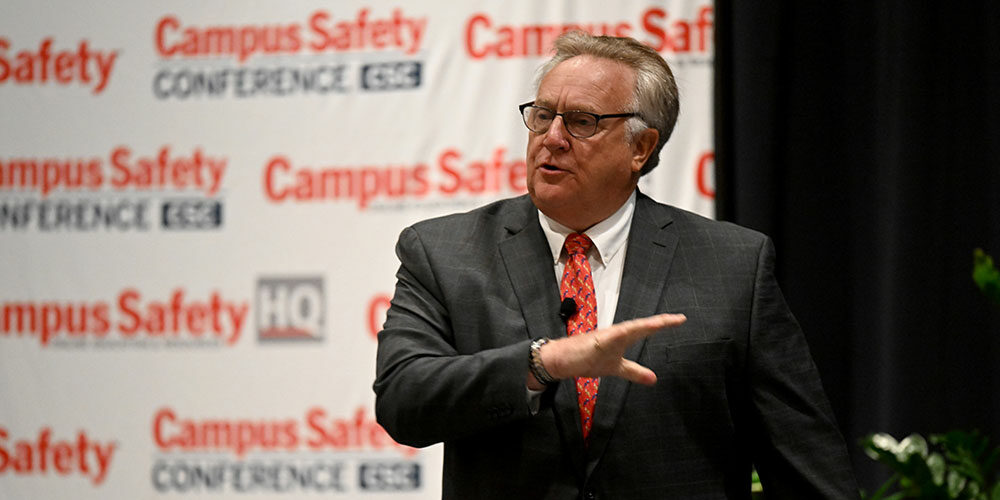 Lt. J. Paul Vance, who was the chief spokesperson for the Connecticut State Police when Sandy Hook occurred, is the keynoter for all of this year's Campus Safety Conferences. 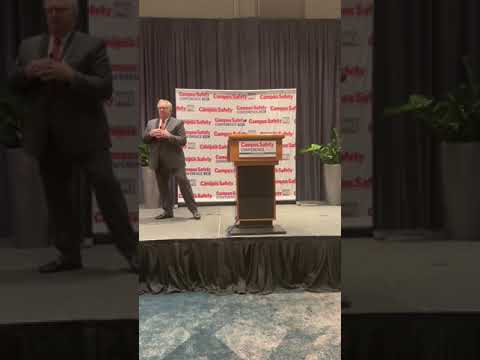 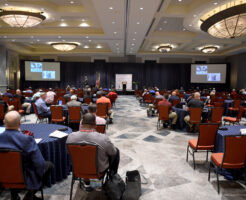 For most dealing with loss, recovery and healing should be the main focus. For those whose loss is inextricably intertwined with a criminal investigation, their grief is compounded by continuous sensationalized news coverage and investigation updates. This was the case for the 26 families who lost loved ones nearly 10 years ago during the Sandy Hook Elementary School shooting.

During the 2022 Campus Safety Conference East keynote, Lieutenant J. Paul Vance, who was the chief spokesperson for the Connecticut State Police when Sandy Hook occurred, walked attendees through the numerous issues that arose during the days, weeks and months following the shooting. In part, he shared insight into law enforcement’s involvement in the response, investigation, and recovery.

Many of us likely remember the heartbreaking photo of a woman wearing a blue law enforcement jacket as she leads a line of terrified first-graders away from the school (see Slide 3). That woman was an off-duty Connecticut State Police trooper who heard of the shooting, put on her jacket, grabbed her service weapon, and rushed to the scene. There were many officers and troopers like her who displayed heroic actions on that terrible day but perhaps the lesser heard-of law enforcement officers involved in the aftermath of the shooting were the family liaison officers (FLOs). 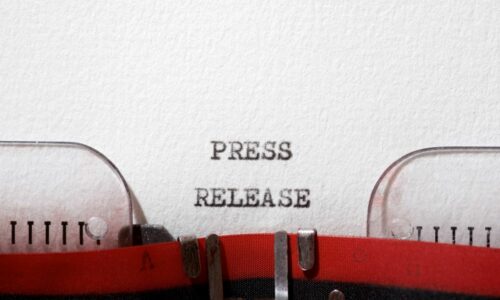 Almost immediately after the massacre, 26 officers and troopers were carefully selected and assigned to the families. Their primary goal was to keep the press away, but they did so much more, supporting them by any means necessary.

“We all know if you investigate a murder on a Friday, if the victim has a question on a Saturday, they have to wait until you get back to work on Monday to get an answer, for the most part. We didn’t want that to happen with the families. We wanted these families to have whatever they needed to have answered, whatever question they may have — anything,” said Vance. “Each one of these people was placed at a residence, and they were there as long as they needed. Every single one of them was accepted and brought into the homes of the victims.”

In addition to keeping the press away, these officers kept families aware of when information related to the investigation was going to be released so they weren’t hearing it in the news for the first time. The officers also acted as gatekeepers, letting well-meaning friends and relatives know when the family wasn’t up for visitors. Other seemingly mundane tasks were done without so much as a second thought.

“There was one woman that needed to go to the grocery store to get stuff because she knew she’d have a lot of company coming in and out. The trooper said, ‘You know what, ma’am, give me the list and I’ll go get what you need.’ She said, ‘No, I’d really rather go myself.’ He said, ‘Okay, I’ll go with you,'” Vance described. “No one bothered her. They knew who she was — it was a small town — but they left her alone and she got what she needed.”

Another trooper was assigned to a family who lost a child and also had a surviving child who was at the school that day. The trooper called a friend who was a K9 officer and asked them to bring their dog to give the child a distraction.

Heartbreaking tasks were also undertaken, including collecting victims’ belongings from their classrooms. One officer collected a child’s clothing from the medical examiner, washed them, and returned them to the family.

“A third trooper was so engrossed in the family, so accepted, that they asked them to go everywhere with them,” said Vance. “They went to the funeral home to help with arrangements. They went to the wake and stood with the family. To this day, 10 years later, he’s still like a member of that family.”

Vance to Present Keynote at CSC Texas and West

During his keynote, Vance also discussed issues that many might not have heard about in media coverage, including the inability of responding officers to park in close proximity to the school, forcing some to run a half-mile to get to the scene.

Vance dove into other aspects of the response, including managing the media, getting responding law enforcement officers the emotional support they need, and what he would have done differently.

He also touched on what the school and law enforcement did right and wrong during and after the attack, giving attendees actionable information to consider when reviewing emergency response plans.

Vance will be presenting the keynote again at the remaining Campus Safety Conferences in Fort Worth, Texas, and Los Angeles, on July 19 and August 3, respectively.