Lowe received the nation’s highest civilian honor for wrestling a rifle away from a distraught student and then hugging him last year, reports OregonLive (see video above).

On May 17, 2019, the 18-year-old male student pulled out a shotgun from under a black trench coat while in a classroom of his high school. He was upset but didn’t point the weapon at anyone. His classmates immediately fled the classroom.

“In a fraction of a second, I analyzed everything really fast,” said Lowe. “I saw the look in his face, look in his eyes, looked at the gun, realized it was a real gun and then my instincts just took over.”

Lowe was then able to disarm the student. A video shot by a hallway camera showed Lowe exiting the classroom with the student’s rifle in his hand. He handed the weapon off to another school employee and then hugged the student.

The student brought the shotgun to school during what authorities have described as a mental health crisis, according to USA Today. Multnomah County Deputy District Attorney Parakram Sing said the investigation determined the student intended to harm only himself. The shotgun contained only one round.

Five other individuals and an organization were also awarded the medal of honor last week.

“These six individuals and one organization exemplify the values embodied in the Medal of Honor. We salute their selfless actions!” said the Congressional Medal of Honor Foundation in a Facebook post. 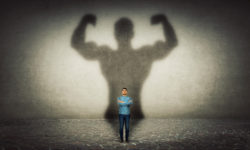