The baby was born in the hospital parking lot with the umbilical cord wrapped around his neck. 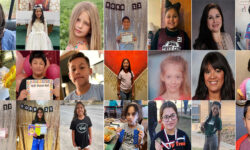 Twenty-one people were killed at Robb Elementary School and more stories of heroism are emerging amid the devastation. Those are the names that should be remembered and deserve to be said.