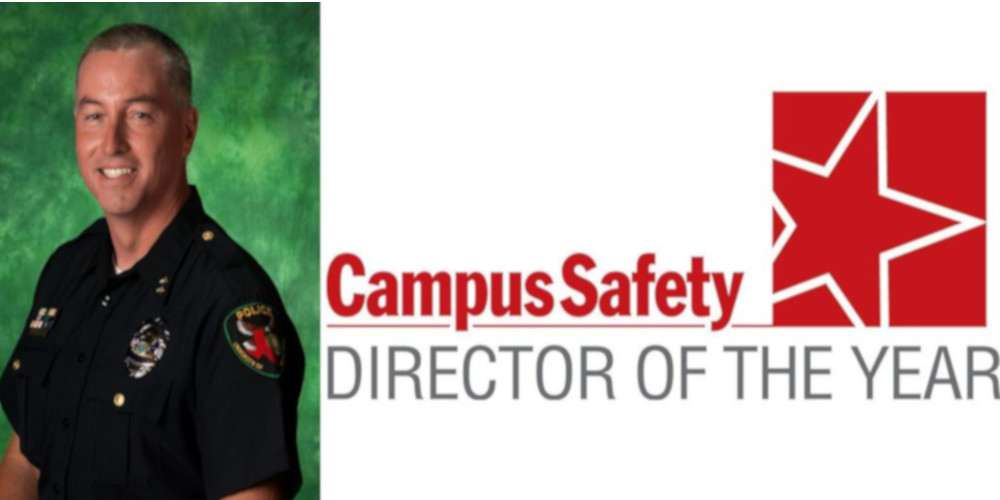 For years now, many college and university protection professionals have embraced community policing. Doing so enables their departments to develop and maintain relationships with everyone on campus, but especially groups that have historically had a challenging relationship with law enforcement.

Ed Reynolds, who is the chief of police at the University of North Texas’s (UNT) flagship campus in Denton, has long been a proponent of the community policing philosophy and has experienced the benefits of this approach first-hand. Since he took the helm at UNTPD three years ago and implemented this strategy, relations with the student body, but especially minorities, have improved. Reynolds also attributes the school’s 19 percent increase in reports of suspicious activity (from 1,421 in 2012-2015 to 1,689 from 2015-2018) to his department’s community policing efforts.

Because of these and many other accomplishments, Campus Safety has named Chief Reynolds this year’s Higher Education Director of the year.

When Reynolds was promoted to police chief in 2015, his department had a history of doing very little outreach to any of the student groups on campus. This lack of interaction proved to be problematic because only a year before he took the helm at UNTPD, the shooting of Michael Brown by police in Ferguson, Mo., had prompted massive protests across the nation, spawning the Black Lives Matter movement.

“When the Black Lives Matter movement started, we had a lot of concerned students,” says UNT Assistant Vice President for Student Affairs Maureen McGuinness, Ed. D. “We had a lot of protests. We’ve had more protests in the past couple of years than we’ve ever had in my 21 years here.” 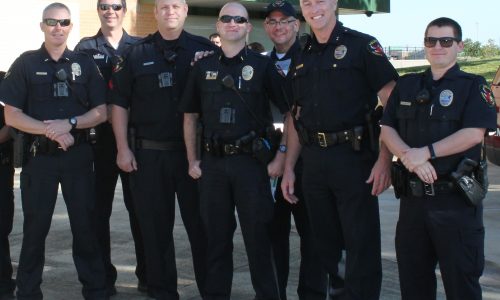 Related: More Accomplishments from Dir. of the Year Ed Reynolds

Knowing that more than half of the Denton campus student population identified themselves as minorities and were probably concerned about how they would be treated by UNTPD, the chief understood that he and his department would need to make special efforts to build bridges with the various minority groups on campus.

The first step Reynolds took was to schedule one-on-one meetings with the presidents and vice presidents of student groups, such as the Black Student Union Association and the local NAACP.

“I got the opportunity to have a really good conversation [describing] what our department was, the purpose of our department and to dispel some rumors out there,” he recalls. “It also allowed me to get an invitation to a couple of panel meetings that they had following the Ferguson incident. The first panel I went to was on a very tough topic: police relations and accountability. But by the end of the session, many came up to me and thanked us for being there.”

McGuinness believes Reynolds’ out-of-the-box thinking has helped the campus police department earn a reputation as “here to help” while upholding the law. This has been particularly effective during the Black Lives Matter protests.

“You will always see me there, and you’ll see Chief or his team there because we want them to be safe,” she says. “We’re not there to arrest anybody. We’re not there to hold anybody accountable for using their freedom of speech rights, but we’re there to make sure that if they have concerns, we’re addressing them on the spot, and Chief is really good about that.

“Our minority students have seen him as an ally and one who demands his department hold the highest professionalism in all situations,” adds McGuinness. “Chief was very good about saying, ‘Many times you have some bad apples, and if they’re bad apples, they don’t work for me.’ He made sure that the students understood his approach to community policing and the way he led and how he continues to educate his team on making the right decisions.”

Another controversy that Reynolds addressed was immigration. Texas Senate Bill 4 was signed into law in May of 2017 and banned so-called sanctuary cities in the state. The bill allows police officers, at their discretion, to question the immigration status of anyone they arrest or detain, including during routine traffic stops.

Reynolds says many of UNT’s Hispanic students were frightened by this law because there was a lot of incorrect information being reported in the media. To calm their fears, he met with many of the student groups who were worried that they were going to be targeted by Reynolds’ department. 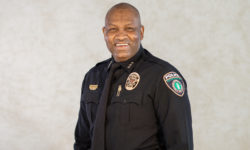