Cuban will discuss the challenges he faces in securing his assets and the effect of the current economic and political climate on the security industry.

The former president’s keynote address will open the ASIS 2017 show.

Hordes of Donald Trump supporters and protesters will be in the area for Inauguration Day.

The combined bill for the three candidates is over half a million dollars. 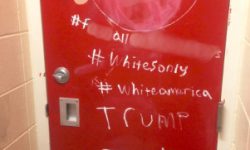 Trump Rally at Univ. of Illinois, Chicago Cancelled Due to Security Concerns

Thousands of Donald Trump supporters and protesters filled the arena and the surrounding areas of campus.

Preparing for Presidential Campaigns and Protests on Campus

The U.S. presidential campaign is heating up, and some events have turned violent. These 13 tips will help you address the security challenges associated with planned political actions.

A photo of Brown, who is in hospice care, could be worth thousands of dollars and is prompting some individuals to try to take pictures of her.

Jon Hamm was charged with hazing and assault over 20 years ago as a member of the University of Texas Austin’s Sigma Nu fraternity.