Police officers, dispatchers and a campus community member were recognized in a ceremony last week for their exemplary work in stopping a machete-wielding man.

The University of Colorado Boulder Police Department held its annual awards ceremony last week to recognize the exceptional work of first responders, employees and community members during the 2015-2016 school year.

This year, several individuals were honored for their roles in helping stop a man on campus who was threatening others with a machete.

“I am very proud of the work that was done by all of our award winners,” said Police Chief Ken Koch. “The recipients and our entire staff are dedicated to serving our community with collaboration, competence, integrity, passion and humility.”

On October 5, Brandon Simmons, a former U.S. Marine, was shot and killed when he refused to drop a machete as he advanced towards responding officers.

The two officers, CU Officer Clay Austin and Boulder Officer Jason Connor, were credited with taking down the suspect and stopping any potential injuries to others.

“Austin and a Boulder police officer encountered the man, who refused to comply with their commands to drop the weapon,” CU police said in a news release. “When the active harmer advanced on the officers, the two officers fatally shot the suspect and prevented harm to others.”

According to the Daily Camera, witnesses heard Simmons say he was “looking for sinners” as he walked through the Champions Center, a sports-medicine complex on campus.

Both officers were cleared of any wrongdoing in November by Boulder’s district attorney.

Austin was honored with the Medal of Valor.

Another CU officer, Corporal Ian Locko, was awarded a Distinguished Star for his part in keeping the building’s occupants safe.

Dispatcher Rebecca Cribelli was given the Police Citation for Excellence.

CU Police said Cribelli was the only dispatcher working when calls of the man on campus started coming in, but “she remained calm, steady and accomplished her duties with distinction”.

A University Police Citizen’s Medal was also awarded to Tracy Tripp who was the first person to encounter the assailant in a stairwell. Tripp called the police and Simmons was confined to the stairwell where he was subsequently killed. 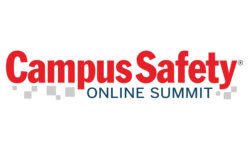 One response to “Univ. of Colo. Honors First Responders for Stopping Man with Machete”