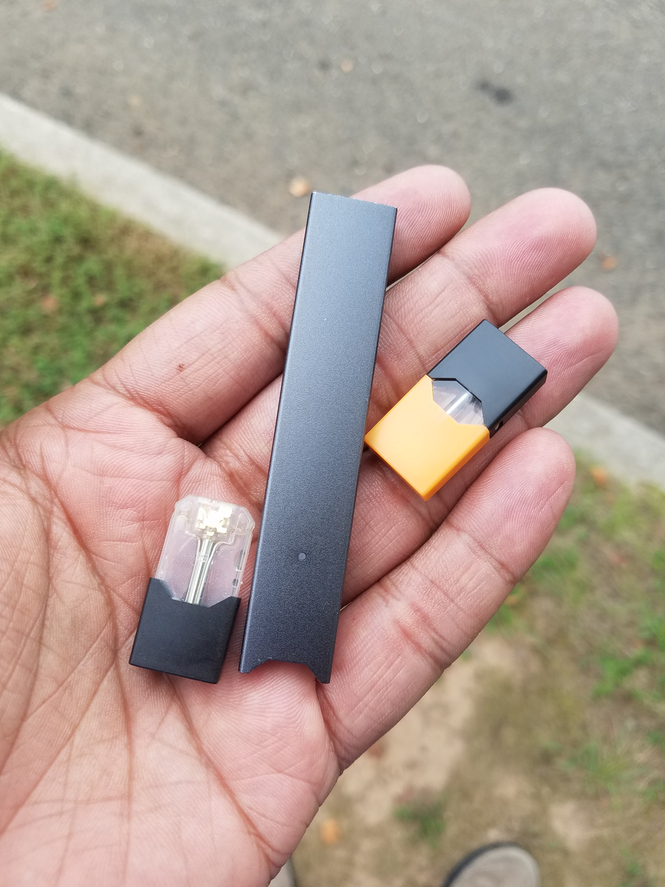 A school resource officer was approached by several students in the cafeteria of Talawana High School in Oxford, Ohio while on lunch duty last month. Out of concern, they showed him a classmate’s Snapchat post with an apparent threat of school violence.

The post showed the student’s math test with the caption, ‘I promise if I can’t hit a Juul or something today I’m shooting up this school,’ reports Journal-News.

The officer then reported the post to the principal and a police lieutenant was called in.

The student was quickly located and was taken out of class, where he was searched for weapons. No weapons were found on his person, in his book bag or in his vehicle that he drove to school that morning.

While being questioned by a detective, the student admitted to posting the threat but said it was due to frustration and nicotine withdrawal. He said he never had any plans to cause any violence at school.

“The teen brain is still developing and is, therefore, more vulnerable to the negative effects of substances, including nicotine. Nicotine primes the brain to the rewarding effects of other drugs,” said Dr. Richard Miech.

Last year, the FDA announced a nationwide crackdown on the underage use of Juul, a popular e-cigarette brand. There was a 900 percent increase in e-cigarette use by high school students from 2011 to 2016.

Juul markets their products as a smoking alternative, with its mission being to eliminate cigarettes altogether, according to their website.

No charges have been made against the student; however, he was suspended from school for 10 days with a recommendation of expulsion.

Officers confirmed with the student’s family that he did not have any access to weapons in the house.