Ten people have been confirmed dead and ten others, including two officers, were wounded when a student gunman opened fire inside the Texas school. 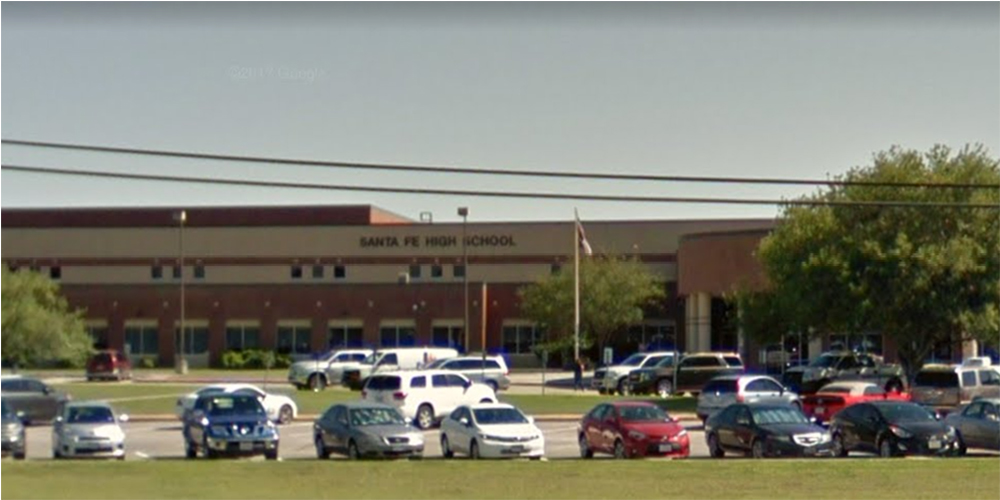 Eight students and two teachers were killed and ten others were injured in a shooting Friday morning at Santa Fe High School, Texas Governor Greg Abbott has confirmed.

The incident occurred just before 8 a.m. at the Texas school, which is located 30 miles southeast of Houston. One suspect is in police custody and federal law enforcement officials have identified him as Dimitrios Pagourtzis, 17,  reports CNN.

Harris County Sherriff Ed Gonzalez said two officers are among the injured. Two other people are being interviewed about the shooting, reports the Associated Press. One was acting suspiciously at the scene, while the other might have more information about the attack. 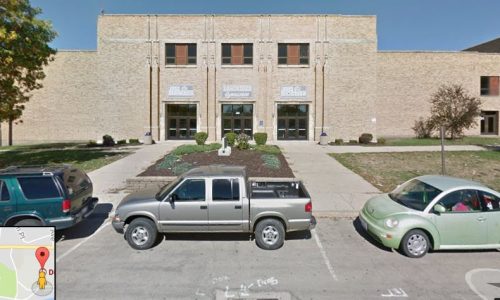 Authorities also found explosive devices, including pipe bombs and pressure cookers, in and near the school.

“There have been explosive devices found in the high school and surrounding areas adjacent to the high school. Because of the threat of explosive items, community members should be on the look-out for suspicious packages and anything that looks out of place,” read a tweet from the Santa Fe Independent School District.

Several law enforcement agencies, including a bomb squad, were at a home on State Highway 6. A Harris County deputy confirmed there is a bomb in the house.

Investigators were also searching a trailer where they believe the explosive devices were assembled.

Witnesses say the gunman walked into an art class at the school and began firing what looked like a shotgun, according to KTRK. Authorities have confirmed that the suspect was carrying a shotgun and a .38-revolver, both of which were legally acquired and owned by his father. The teen had no criminal history, but he had written in journals and on his computer that he wanted to commit the shooting and commit suicide afterward, reports chron.com.

Pagourtzis’ social media pages had several images of guns, and a recent post showed the suspect wearing a t-shirt that said “born to kill,” reports CBS News.   Photos of a long green jacket with Nazi regalia were also posted recently.

Sophomore Zach Muehe said the suspect, a student from his American football class, “always walked around in a trench coat.” Another student said the gunman had been bullied in the past.

Student Tyler Turner says a few of his friends saw the gunman pull the fire alarm, prompting students out of their classrooms.

Fourteen-year-old Angelica Martinez says she and her classmates were being evacuated at one point “like it’s a fire drill.”

“We were all standing (outside), but not even five minutes later, we started hearing gunshots,” she said. “And then everybody started running, but the teachers are telling us to stay put, but we’re all just running away.”

Aerial video from the scene showed several police officers outside the school. Some were searching students and their backpacks.

The University of Texas Medical Branch held a news conference confirming three patients had been taken to their facility — two adults and one person under the age of 18. Officials with the hospital also said one adult male is in surgery and one adult is still being treated in the emergency room.

Students were evacuated and bused to nearby Alamo Gym to be reunited with their parents.

Friday’s shooting is the third gun-related incident in an American school in the past week.

On Wednesday, a student at Dixon High School in Dixon, Illinois opened fire inside the school’s gymnasium before he was wounded and apprehended by a school resource officer. No other injuries were reported.

On May 11, a 14-year-old boy allegedly shot a student in the arm at Highland High School in Palmdale, California. The victim is expected to recover.