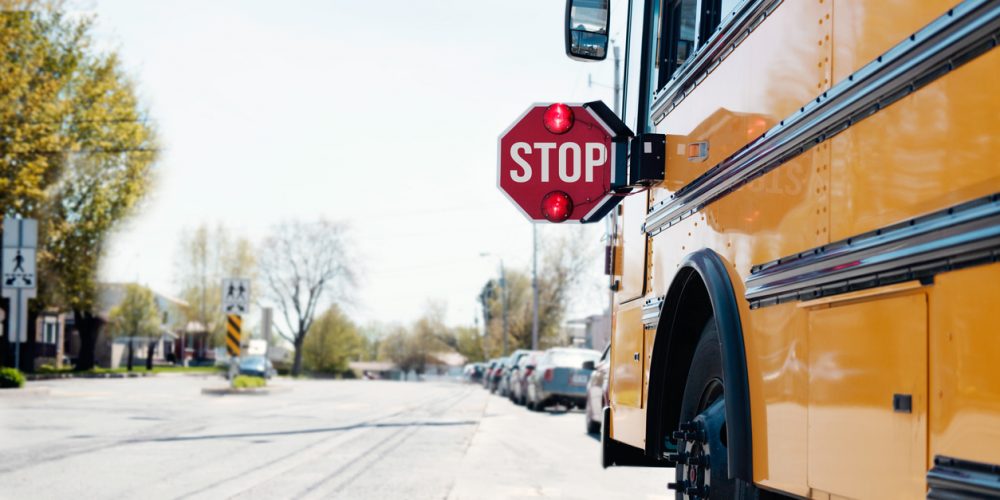 Drivers are to remain stopped while school bus lights are flashing and its arm is extended with the stop sign displayed.

Two brothers and their older sister were killed by a pickup truck while crossing the road to board their school bus in Rochester, Ind., Tuesday morning.

The victims have been identified as twin boys Xzavier and Mason Ingle, 6 and their older sister Alivia, 9, reports NBC News.

The school bus, driven by 46-year-old Robert Reid, came to a stop to pick up the children, displaying the school bus stop sign and emergency lights. A school bus’s stop sign is an indicator to all vehicles not to pass while the stop sign is out. The stop sign stays activated until children have safely gotten on and off of a school bus.

“The pickup truck was traveling the opposite direction and struck the children as they were crossing,” said Indiana State Police Capt. David Bursten. “That’s why they have this big flashing stop arm telling drivers to stop.”

Maverick Lowe, 11, was also struck by the bus as he was crossing the road. He was sent to a hospital in Fort Wayne with non-life-threatening injuries.

The four children were crossing a two-lane road to get to their school bus, police confirmed.

The truck driver has been identified as 24-year-old Alyssa Shepard. She has been charged with three counts of felony reckless homicide and misdemeanor illegal passing of a school bus, according to the Fulton County Sheriff’s Department.

Shepard was taken to Fulton County Jail Tuesday afternoon and was released on a $15,000 bond, reports ABC News.

“Words cannot express the depth of sorrow…I feel, which only pales in comparison to what family, friends, teachers and classmates are feeling right now,” said Ind. Gov. Eric Holcomb.

Sgt. Tony Slocum says Shepard submitted to a blood test to see if she was under the influence. He did not disclose the results of the test or Shepard’s interview.

The National Transportation Safety Board (NTSB) confirmed they are investigating the crash. The agency will be working to make sure kids are safe while getting on and off the school bus.