The victim, Tyree Smith, was standing at a school bus stop with two other students when he was shot and killed in a drive-by shooting.

The school bus driver reacted to the hijacking appropriately thanks to safety training required by the South Carolina State Department of Education. 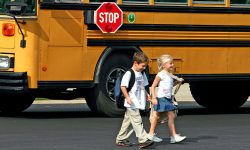