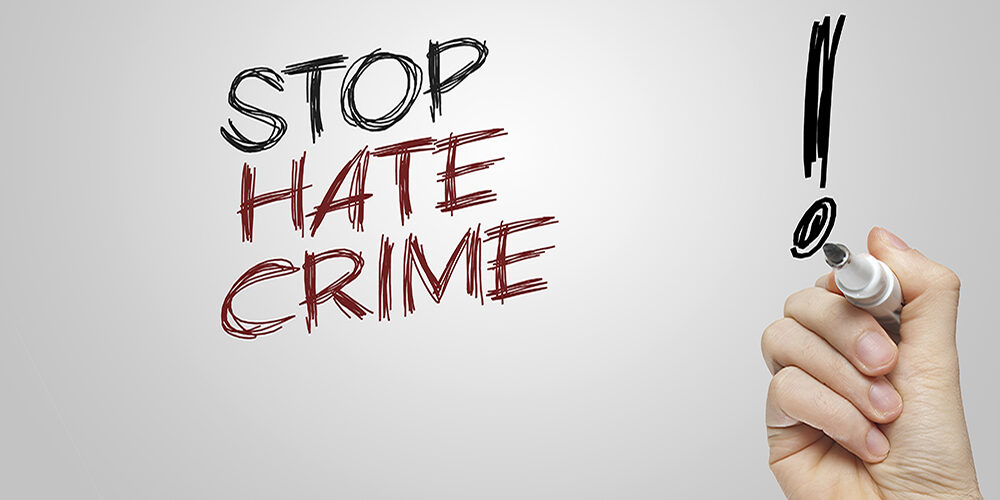 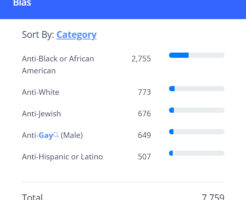 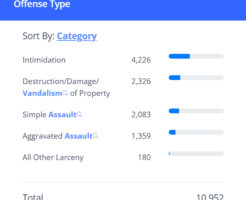 The number of hate crimes reported last year was the highest since 2008, according to a new report from the Federal Burea of Investigations (FBI).

Overall, data shows there was a 6% increase from 2019 with 7,554 single-bias hate incidents involving 10,528 victims reported to the FBI in 2020. An additional 205 incidents were fueled by multiple biases and involved 333 victims, according to CBS News.

The 2020 data is based on reports received from 15,136 out of 18,623 agencies in the U.S. Although 2020 saw an increase in these incidents, fewer agencies reported hate crimes in their jurisdictions to the FBI than in previous years.

While the majority of hate crimes reported in 2020 happened at residential homes, 224 happened at elementary or secondary schools, 144 at colleges/universities, and 102 at hospitals.

The offenses include a wide variety of crimes, including intimidation, murder, rape, assault, and vandalism. In 2020, there were 22 instances of murder or nonnegligent manslaughter and 19 rapes reported as hate crimes.

Hate crimes targeting people due to their race, ethnicity or ancestry made up the largest category with 64% of all incidents. These incidents increased more than any other category from 2019 to 2020, from 3,954 to 4,939 incidents.

As in previous years, Black Americans made up the largest number of individuals targeted due to race. The number of anti-Black crimes increased from 2,470 in 2019 to 3,886 in 2020, and the number of anti-Asian crimes jumped from 216 to 335. The increase in attacks against Asian Americans has been previously linked to the coronavirus pandemic.

The majority of hate crimes targeting Black individuals in 2020 involved assault (30%) or intimidation (43%), and 73% of offenders were White. 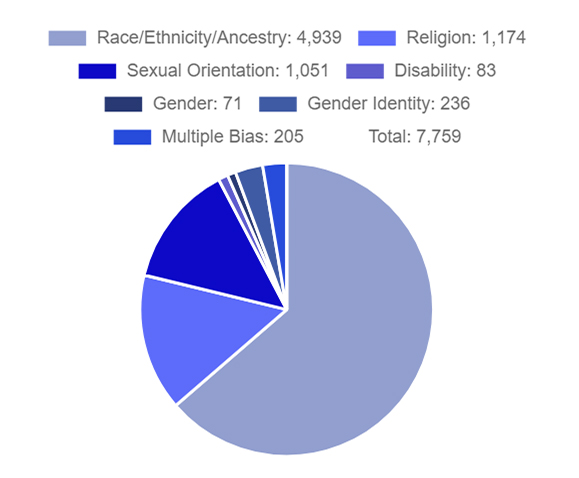 Additionally, 20.5% of hate crime victims were targeted due to sexual orientation, 13.4% due to religion, 2.5% due to gender identity, 1% due to disability, and 3% due to multiple biases. Jewish Americans were the group most often targeted over religious bias.

Notably, anti-lesbian incidents rose drastically from 149 in 2019 to 1,028 in 2020 with intimidation accounting for the majority of the increase. Hate crimes against transgender people also increased from 186 to 232.

Since 1990, the Justice Department and FBI are required under the Hate Crime Statistics Act to publish an annual report on hate crime statistics. However, it is widely believed that hate crimes are vastly underreported because law enforcement agencies are not required to submit their data to the FBI. In 2020, more than 3,000 agencies did not submit any crime statistics to the FBI.