The increase in violence is leading to more teachers, SROs, counselors, administrators, and other school personnel leaving the profession. 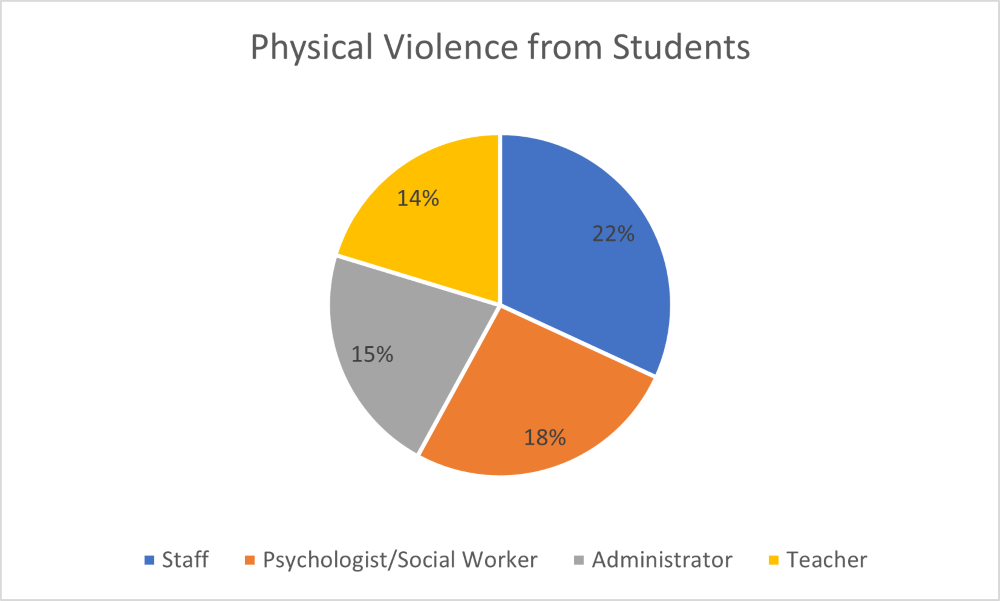 A study just released by the American Psychological Association (APA) found that during the pandemic, rates of violence and aggression against K-12 school personnel were high, despite most schools being remote during the survey. A third of teachers surveyed reported they experienced at least one incident of verbal and/or threatening violence from students during COVID. Those incidents included verbal threats, cyber bullying, intimidation, and sexual harassment. More than two in five school administrators reported verbal or threatening violence from parents during the pandemic.

Paraprofessionals, school counselors, instructional aides, and school resource officers (SROs) reported the highest rates of student physical violence (22%), while 18% of school psychologists and social workers, 15% of administrators, and 14% of teachers reported at least one violent incident by a student during the pandemic.

Some of the examples of school violence cited by the report include:

Nearly half of the teachers surveyed said they want or plan to quit or transfer their jobs due to their concerns about school climate and safety, while 34% of school psychologists/social workers, 29% of staff, and 31% of administrators said they want to or plan on quitting or transferring due to school security and climate issues.

The report suggested schools and school districts support educator and student mental health and well-being, as well as promote trauma-informed practices. It also suggested including educator voices in decision-making regarding practices, discipline, placement staffing, and school climate. Some of the other suggestions included: