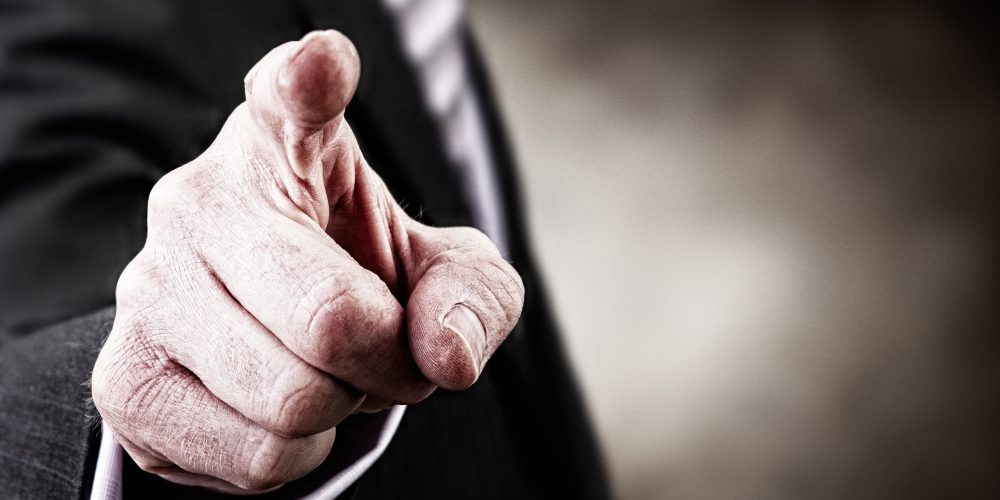 Editor’s Note: This article was originally published on January 27, 2020.

We all think we are above average communicators. Sadly, we are not. And here’s some more bad news: interpersonal communications are becoming more complex while social media is displacing tradition communication patterns. As a result, many of us are losing these critical skills, resulting in miscommunication, perceived incivility and conflict.

Communications can be difficult. First, we rely mainly on words, but our words don’t convey the full message. Words certainly provide the raw informative and neutral data, but non-verbal cues (along with tone, pitch, volume and inflection) provide the “flavor” that show attitude and emotion to otherwise dry and sterile data.

Second, people from different generations and cultures often interpret cues differently than we expect. For instance, as a baby boomer, I was raised to “respect my elders,” which included not calling them by their first names, even when I reached my 40s. Social media has leveled interactions and done away with the formality of titles and rules governing the treatment of strangers and elders.

For instance, in the movie Gran Torino, the racist war vet played by Clint Eastwood inadvertently insulted his Hmong hosts at a party by patting a young child on the head as a sign of affection. While this action is widely understood and appreciated in America, it was perceived as an affront by his hosts who believe one’s spirit resides on the top of one’s head, so the head should never be touched.

One needn’t be a foreigner to interpret American culture differently because our culture is not monolithic. According to Business Week, the United States is actually composed of 11 different “nations” (e.g., Yankeedom, Deep South, Midlands, El Norte, and New Netherland), each with very different perspectives on culture, personal interactions and social expectations.

Third, and related to the aforementioned, social media has had a significant impact on communications, including the emphasis on informality; short information bursts rather than involved discussions; the use of emojis to describe emotions; the replacement of words with shortened, more efficient text (e.g., “ur” for your and you’re); and the exclusion of non-verbal cues from social media conversations. Some scientists have argued that the replacement of more involved face-to-face communications with superficial “bite-sized” social media bursts has even affected the way we think by reducing our ability to concentrate on involved arguments and nuance.  As younger generations embrace social media, miscommunication between them and older citizens is likely to increase.

These issues affect us all, whether we are cops, teachers, clinicians, supervisors, spouses/significant others, work colleagues, retail salespersons, etc. The quality of our communications can be the difference between mission accomplishment and conflict.

Further complicating the matter is whether the conversation is occurring between people in superior or subordinate positions. Faculty, police officers, doctors, nurses, parents and supervisors are in positions of authority, and we should recognize that people in subordinate positions, whether they are children, students, speeders, patients, underlings, etc., often resent authority because it robs them of their freedom of choice and action. Since resentment often is found lurking just below the surface of many conversations, misunderstanding and conflict often occur in conversations whose participants are of unequal stature. In short, interpersonal communications must be carefully managed.

Finally, according to recent surveys, as many as 20% Americans are struggling with mental health issues. Unfortunately, many people are not trained to identify or deal with people suffering mental health challenges so their actions are often mistakenly interpreted as rudeness, incivility, disrespect, aggression, etc. Clearly, such misinterpretations generate misunderstanding and conflict.

12 Communications Rules for the Road

So, how do we enhance our communications to minimize conflict and achieve our objectives?  Here are a dozen things to remember:

In Jade and the Blessed Mysteries of Life, Francois Garagnon explains why misunderstanding is so frequent: “Between what I think I want to say, what I believe I’m saying, what I say, what you want to hear, what you believe you understand, and what you understood, there are at least nine possibilities for misunderstanding.” In short, neither you nor the person with whom you’re speaking can always believe your ears. One needs to be aware of the likelihood of misunderstanding to prevent it from undermining communication. One guards against misunderstanding by active listening.

Stephen Covey, author of The 7 Habits of Highly Effective People, wrote that most people listen with the intent to reply, not to understand. If one is thinking about what to say next, there is no way he or she can listen to what the other conversant is saying. Apart from not receiving critical information needed to understand another’s perspective and, if necessary, resolve an issue, a person not listening to another is being disrespectful. This lack of respect and not having information relevant to addressing an issue are likely to result in misunderstanding at best and conflict at worst.

So, you have listened actively to someone, but how do you know you understand the reason for their views and behavior? Paraphrase what they have said to confirm your perception of what they said is correct. For instance, you can say “I am hearing (or seeing) you are upset. Are you upset because …” and then give the reason they gave you or what you observed. If you are wrong, they will tell you the real reason. Now you can begin to build empathy (see No. 4).  Whether you are right or wrong, your communication partner will observe you are trying to understand by listening. This respect generates positive affect and assists conflict resolution.

5. Others do not see you as you see yourself.

George Thompson, the creator of Verbal Judo used the 2=6 formulation to explain that there are six people involved in every two-person conversation. For each person, there is the existential person (i.e., the one who is a result of his or her environment), the person he or she perceives himself or herself to be (generally fair, honest, a good person, etc.), and the person perceived by the other conversant (i.e., the boss, a bully, a jerk, etc.). The two most important people out of the six depends on who is in the position of superiority and who is the subordinate. Normally, the person in authority sees himself as a good person and perceives the other in a superficial and often less flattering light.

For instance, the teacher considers himself hard-working, dedicated and committed to a noble profession while he or she may see the student as being lazy, only looking for a good grade, etc. Using a traffic stop as an example, the officer in the position of authority perceives herself as brave, noble and a dedicated professional doing a dangerous job for little pay while the speeder is viewed as a lawbreaker… a much different view than how the “speeder” views himself.

Clearly, there is a big gap between how the teacher and officer view who they are communicating with and how those individuals on the receiving end of the teacher’s and officer’s communications view themselves. This gap generates resentment and transforms the interaction into a conflict, with a winner and loser.

6 responses to “Constantly Misunderstood and Under Verbal Attack? You Might Be the Problem.”