The move was prompted by USC’s new rules on rushing, drinking, and other activities that pose risks, especially to women. 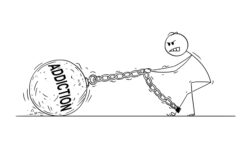