The suspects allegedly planned for the shooting to occur on Jan. 27.

The students were arrested at their homes Jan. 26 after firearms were recovered from both of their houses during the execution of a search warrant.

School officials at The Villages Charter Middle School in central Florida first learned of the school shooting plot when a school resource officer became aware of student rumors about an attack, reports wfla.com.

The rumors began when the suspects allegedly warned certain students not to come to school on Jan. 27 and told others to wear white that day if they didn’t want to get shot.

Police detained and questioned the 13-year-old suspect as he arrived for school Jan. 25. Police say the suspect acknowledged that he’d talked about a mass shooting plot and referenced the Columbine High School shooting. The student also said he’d been depressed and was having suicidal thoughts.

That conversation led officials to a 14-year-old student at the school who was also detained. The second student allegedly told officials the suspects planned an attack and also referenced the Columbine shooting.

The student indicated the suspects planned to use the drop of a pencil as a signal to start the attack.

No weapons were immediately found on either student or in their lockers, but the students were arrested after police recovered guns from both students’ homes the following day.

The suspects have been charged with conspiracy to commit murder. It is unclear if the students’ parents will face any charges.

Local police praised the suspect’s classmates for telling school officials about the shooting plot and announced that there will be an increased deputy presence at the school, although no more arrests are anticipated.

More than half of the school’s students were absent on Jan. 27.

The suspects are now in the custody of the Department of Juvenile Justice. 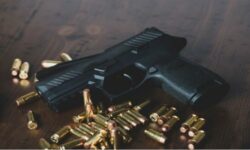 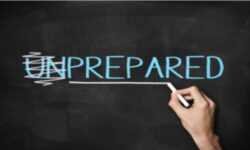