Power surges and lightning strikes can wreak havoc on your security equipment. Surge protection can help keep it working. 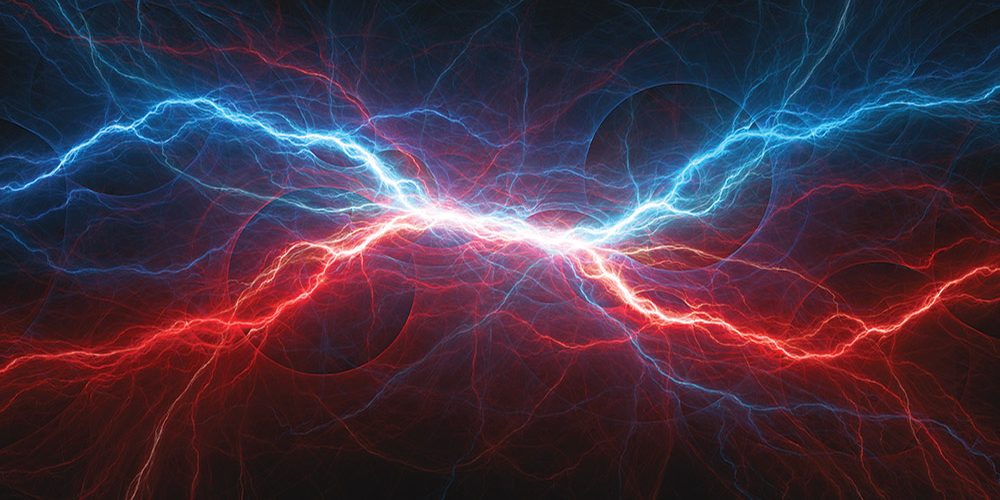 Any school, hospital or university can install security cameras, access control and other security systems. However, you cannot successfully secure a campus without ensuring that the installed security equipment is working at all times.

One threat to the proper functioning of security equipment can come from lightning strikes and power surges. Numerous organizations have experienced this problem and the costs to repair or replace the systems can range from tens of thousands of dollars to more than $1 million.

Lack of Protection Can Be Costly

For example, a power surge caused one large and well-known university in the Midwest to lose their $25,000 lighting control panel for their stadium just days before their football team was scheduled to play a nationally televised game. While the problem was solved and the team went on to play in front of a national TV audience, if the power surge issue hadn’t been addressed, it could have cost the university millions of revenue in TV time and advertising dollars.

At a major university in the Southeast, a lightning strike destroyed a dormitory’s newly installed but unprotected parapet-mounted camera. The power surge then traveled to the unprotected network server, destroying both the server and the switch.

The surge eventually destroyed network cards in students’ laptops at the very end of the cable runs. Almost instantly, the building’s IT backbone, including video surveillance systems, went down, totaling $100,000 in losses — a catastrophic failure with cascading consequences.

Video surveillance and security systems on campuses are expensive and valuable investments that must be protected by surge protection devices. Moreover, equipment and cabling are not the only potential costs that result from power surges. Some facilities must be evacuated when the fire alarm systems stop functioning.

When security systems are out of service, parking lots, doors and secure areas might need to be covered by temporary guards. Additionally, there is certain to be a loss of productivity if staff members are delayed by congestion and manual processes at entrances, or if their work equipment and/or work data is damaged or lost.

Not All Surge Protectors Are the Same

Surge protection, however, involves more than just installing a surge protection device and walking away without giving the issue any more thought. There are a number of best practices that, when adhered to, can make the difference between a reliable and trouble-free system and one that is likely to have problems.

Related: 4 Things to Consider When Installing Surge Protectors on Your Campus

It’s important to choose the correct surge protection system for your campus. There are surge protector models that are designed for specific applications, from fire alarms to IP networks to HVAC systems and more.

At the lowest price points, surge protectors absorb the excess energy on the line to save the connected systems. Higher quality devices can absorb multiple hits and remain operational. Some surge protectors have the capability to alert operations staff that they have performed their function and may need to be checked or replaced to maintain protection.

Surge protectors are usually divided between power and data/telecom devices. Surge protection for electrical power follows the ANSI/IEEE C64.41.2-2002 industry standard, which divides a building into three categories – A, B and C.

Category C is defined as the service entrance or main disconnect. Category B is at the distribution and sub-panel environment and Category A is at individual equipment or wall outlets. Maximum protection requires a surge suppressor at each one of these locations (A, B, C) and minimum protection requires a surge suppressor at two (B, C) of the locations that feed the sensitive load.

Regarding styles, surge protection devices come in two connection styles: non-modular, or hard-wired into the system they are protecting; and modular, which can be replaced without needing to re-terminate the wiring. Both styles provide similar surge protection for your system but have differences with regards to installation and replacement.

Non-modular devices require hardwired installation, so replacement involves cutting wires and installing the new surge protector in its place. This style of surge protector is typically used in access control, or to protect fire alarms, and the installation may be time-consuming and require some downtime on your system.

Modular devices are “plug-and-play” surge protection. Once a modular surge protector has been installed, there’s no need to cut or disconnect wiring when the device needs to be replaced; simply remove the device when it has been damaged by a surge and replace it with a functioning one. Modular devices can be slightly higher in initial cost, but save time and trouble when they are later replaced.

When deciding between a non-modular and a modular device, it is essential to look at the needs of your system and the devices you will be protecting. For a crucial device that might need more surge protection over a longer period of time, a modular surge protector that can be easily replaced might be necessary.

Placement of Protectors Is Important

In video surveillance applications, it is recommended that surge protection be installed at every external camera, including outdoor PoE or PoE+ IP cameras. This is recommended because a surge can travel through the cabling from a remote device, damage or destroy a network switch, and possibly cause further issues with other switch-connected devices such as servers running VMS software.

For maximum protection, surge protection devices should be installed as close to the equipment being protected as possible. Cable lengths should be as short and straight as possible to minimize the resistive path of the circuit to ground. A solid connection to the system grounding conductor is essential for proper operation of surge protection devices. They should be equipped with indicators that show if the circuit is grounded and operating properly, and the units installed so these indicators can be easily inspected.

Be Sure to Regularly Inspect and Maintain

Regular inspection of surge protection devices is critical to ensure that they are working properly. For example, incorrect installation of a device can impede its functionality. Wire nuts may become loose or corroded over time and can increase the resistance of the grounding conductor unnecessarily.

Ensure that your surge protection is installed with a grounding bus bar to terminate ground wires to existing leads. Surge protection devices need to be maintained and/or replaced because as a surge protector does its job, its ability to maintain protection degrades over time, and faulty devices can create as many issues as not having a device installed at all.

It’s also important to monitor the age of your surge protection device. There is no average lifespan; some may last 20 years and others may last only a few months, but they do lose effectiveness over time. The important thing is to be in a position where management knows immediately when a surge protector has performed its last duties and needs to be replaced.

Overall, choose, install and maintain surge protection devices as carefully as you do the rest of your security equipment. That way, you can help to ensure that your campus is safe and secure even in the event of a lightning strike or a power surge.

Bill MacKenzie is a regional account manager for Ditek 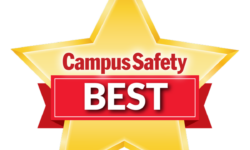