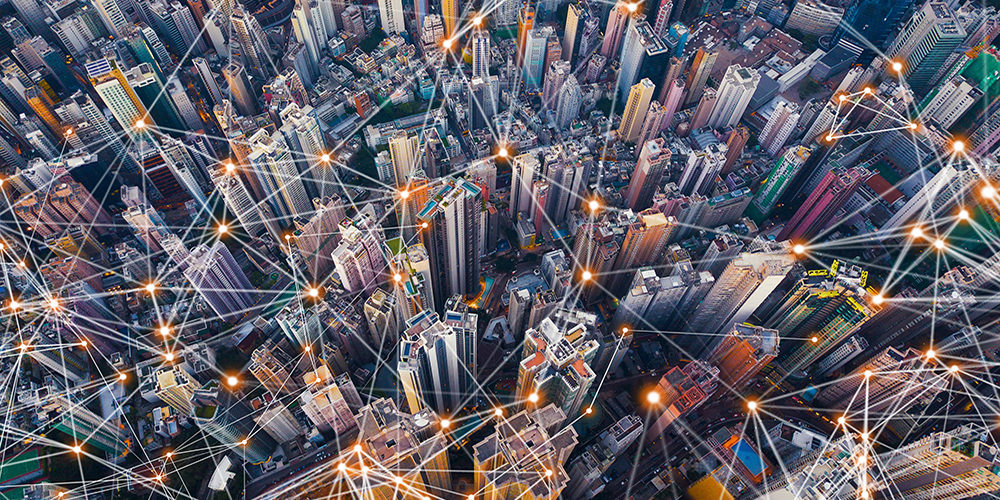 Emergency alert systems and video surveillance are among the types of technology that pose the greatest cybersecurity risks to local governments pursuing smart city programs, according to findings from a recent survey.

The survey, conducted by a team of researchers from the Center for Long-Term Cybersecurity at the University of California, Berkeley, asked 76 cybersecurity experts working in the tech industry, academia, government and the nonprofit field to rank nine common smart city technologies based on underlying technical vulnerabilities, their attractiveness to hackers, and the potential impact of a successful cyberattack, reports Cities Today. 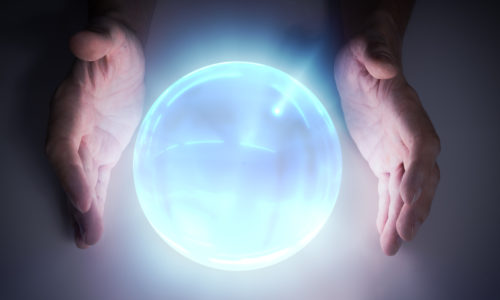 Emergency alert systems that give guidance to the public during times of distress ranked first in all three categories, followed by street video surveillance and traffic signals. Several respondents described scenarios that might occur if any of the systems were hacked while 10 described situations in which false emergency messages caused widespread panic and civil unrest.

The latter played out in 2018 when Hawaii’s state emergency alert system accidentally sent an emergency notification warning of an imminent missile attack to more than a million mobile phones. Although there was no incoming missile and state officials canceled the alert six minutes later, it took nearly 38 minutes to send a new message informing the public that the first notification was issued in error.

An additional 18 survey respondents said tampering with traffic lights could cause accidents and gridlock and potentially prevent police, firefighters and ambulances from reaching emergencies in a timely manner.

Participants also said nation-states and insiders would be most effective at executing cyberattacks, compared with thrill-seekers, cybercriminals, terrorist groups and hacktivists. A breakdown can be seen in the chart below. 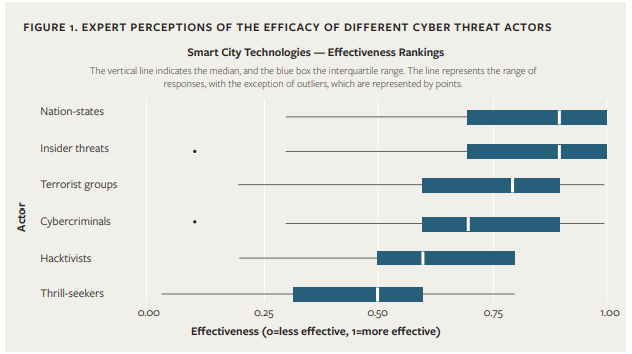 Other assessed technologies, including smart waste and recycling bins and satellite water leakage detection systems, are perceived to be less vulnerable than technologies such as gunshot detection, public transport open data, and smart tolling. See the breakdown below. 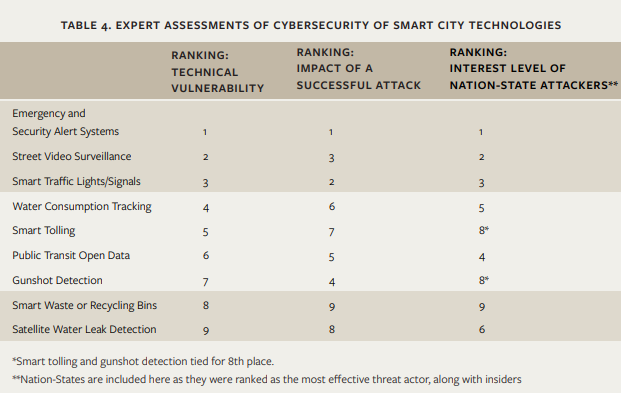 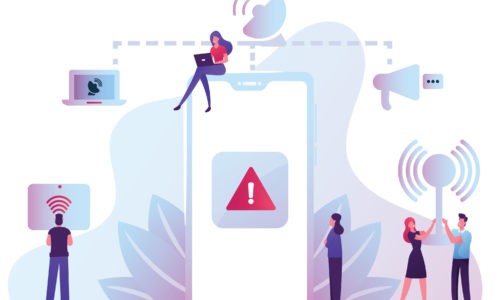 “The balance of risks and potential gains is going to vary,” she said. “As they’re thinking about different types of systems, it would behoove them to coordinate with IT departments where the impact of an attack is likely to be very high on health, trust, as well as imagining nation-state or insider threats being likely.”

Smart city technology spending is expected to reach $327 billion by 2025, according to analyst firm Frost & Sullivan. The firm also predicts at least 26 smart cities will be established by then. 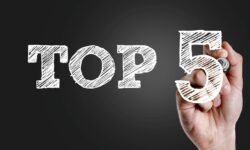 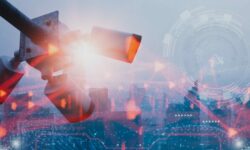