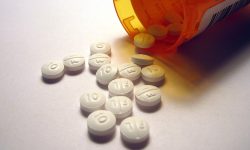 Five sorority members and two members of the men’s rowing team were allegedly drugged at a fraternity party by a non-Stanford student.

Several officers and first responders have experienced accidental overdoses after exposure to Carfentanil.

Nearly 3K Patients Put At Risk Due to Contaminated Needles

The patients are being tested for diseases such as HIV, Hepatitis B and Hepatitis C.

Flakka, which also goes by gravel, gives users a similar high to cocaine and has been involved in several overdoses and crimes in the past year.

Alabama and Mississippi have handled over 300 cases of ‘spice’ overdoses in the last month according to health officials.

A woman who had just delivered her first child is suing the hospital for sharing the results of her drug test with a child welfare agency.