The athletic director confronted a student who was believed to have brought a gun to school. A loaded gun was later discovered in her backpack. 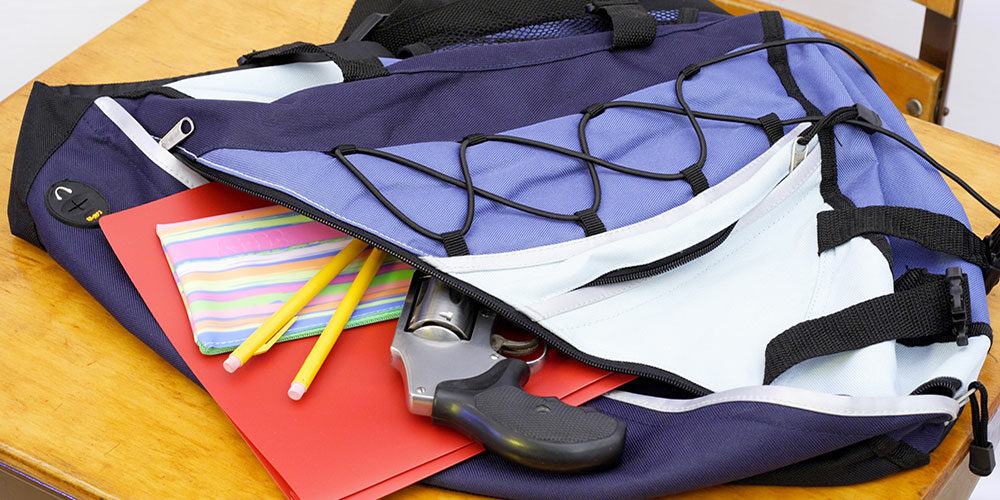 UPDATE 3/22/22 — Tri-Cities High School Athletic Director Kenneth Miller, who was suspended for restraining a student who brought a gun to school, has been cleared of any wrongdoing by the Georgia Professional Standards Committee (GPSC).

GPSC met with Miller on Feb. 10 to determine if there was probable cause to participate in an investigation, according to 11 Alive.

“This is the strongest evidence yet that Coach Miller did nothing wrong, and the Fulton County Schools proposed suspension is completely unwarranted,” said Lightcap.

EAST POINT, Ga. — A Georgia administrator has been suspended after an altercation with a student who brought a loaded gun to school in Aug. 2021.

Kenneth Miller, the athletic director at Tri-Cities High School, said the principal asked him to investigate reports that students had brought guns to campus and were “planning on doing something” during a pep rally, reports The New York Post.

In the presence of police officers, Miller confronted one female student who was believed to have brought a gun to school. Video from an officer’s body camera showed that when Miller approached the student, she smacked his cell phone out of his hand. Miller then grabbed the student and pushed her against a whiteboard. The student pushed him back but officers intervened and took her into custody.

A loaded gun was later found in the student’s backpack. Miller said he also located a second gun on campus that day.

Fulton County School District originally terminated Miller because he “failed to meet professional expectations it has for employees” when he put his hands on the student. His firing was later changed to a suspension.

“Mr. Miller inappropriately intervened in a student matter being handled by school administrators and law enforcement. Mr. Miller acted outside of the scope of his authority and responsibilities,” the district wrote in a statement. “Mr. Miller’s conduct resulted in an escalation of a physical altercation with a student in crisis, which conflicts with district expectations to deescalate in these types of situations. Mr. Miller has not exhausted his due process rights at this time and remains on full, paid administrative leave.”

Miller received the notice of suspension on March 4. On March 9, Lightcap appealed the 20-day suspension, according to The Charlotte Observer. In the appeal, Lightcap wrote that the investigation report noted all three eyewitnesses said they did not observe any misconduct by Miller but that Fulton Board policies “specifically exclude witness testimony” associated with suspensions versus full terminations.

The attorney also said Miller had the right to defend himself during the incident.

“This is especially true when guns are involved,” Lightcap continued. “Teachers should not be terminated or suspended when it’s clear they were defending themselves. Those teachers are our first line of defense against guns and other types of terrible violence that happens in schools.”

One response to “UPDATE: Athletic Director Suspended for Restraining Student Who Brought Gun to School Cleared By GPSC”