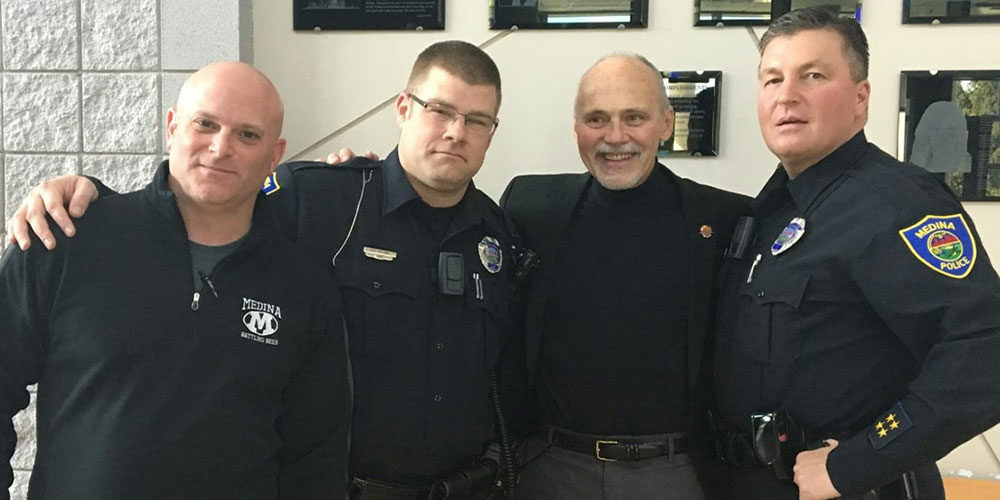 “I should be dead,” Dr. Stephen Sroka explained. “Two SROs and a principal saved my life, and this experience changed my mission and message for life.”

In a situation almost unreal, two SROs, an assistant principal, two school psychologists, and others saved the life of Sroka, an internationally recognized speaker with a message about ‘The Power of One:’ one person can make a difference. 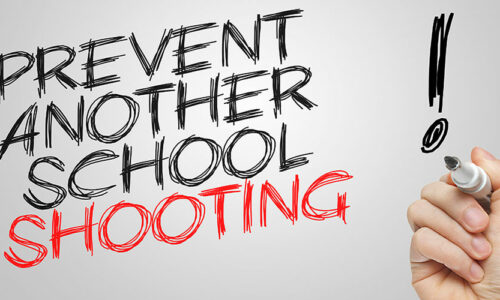 Sroka has keynoted many national educational and school safety conferences.

He delivers life-saving messages, but this time, the audience returned the favor.

While speaking to the entire Medina City Schools (Ohio) staff of about 800, Sroka went into cardiac arrest and fell flat on his face. Cardiac arrests are 90% fatal. Fortunately, for Sroka, an automated external defibrillator (AED) was nearby and two trained professional SROs were in the audience. 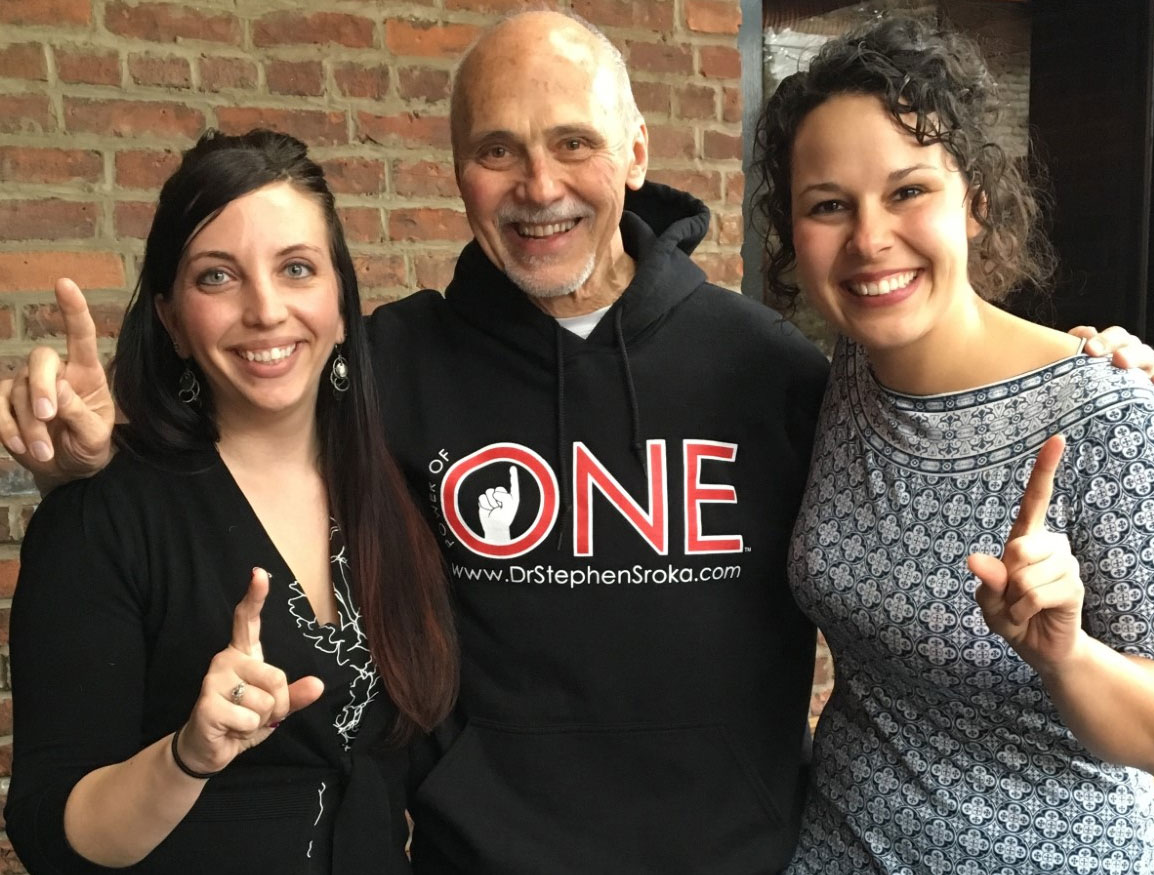 The two SROs performed CPR. Andy Brenner, the assistant principal, retrieved the defibrillator and shocked Sroka within a minute or so. Brenner was AED trained just two weeks before. In about 15 seconds, Sroka regained his color and began moving and breathing on his own.

“That night I told my wife that I will never doubt the AED training again,” Brenner reflected afterward.

Medina City Schools’ SRO Al Rowland said, “I have used an AED several times in the past, but it never said to deliver a shock. This was the first time I was advised to give a shock.”

Mike Wesner, the other Medina City Schools’ SRO, stated, “And fortunately, we were at the right place at the right time. I mean, we were there within seconds.”

“I’m just glad we got him back and that he survived,” Wesner continued.

Sroka added, “Perhaps the NASRO Triad should be expanded from teacher, counselor, and law enforcement officer to include lifesaver.”

Medina City Schools’ psychologist Rachael Folkman witnessed the cardiac arrest and contacted her friend, Katharine, who is Sroka’s daughter and was then a school psychologist in the Cleveland Metropolitan School District. Katharine was the first person to provide critical medical information to EMS for her dad over her cell phone. Three EMS responders took Sroka to Medina Hospital, where he was life-flighted by the Cleveland Clinic Critical Care Transport Team to the Cleveland Clinic Cardiac Care Unit. 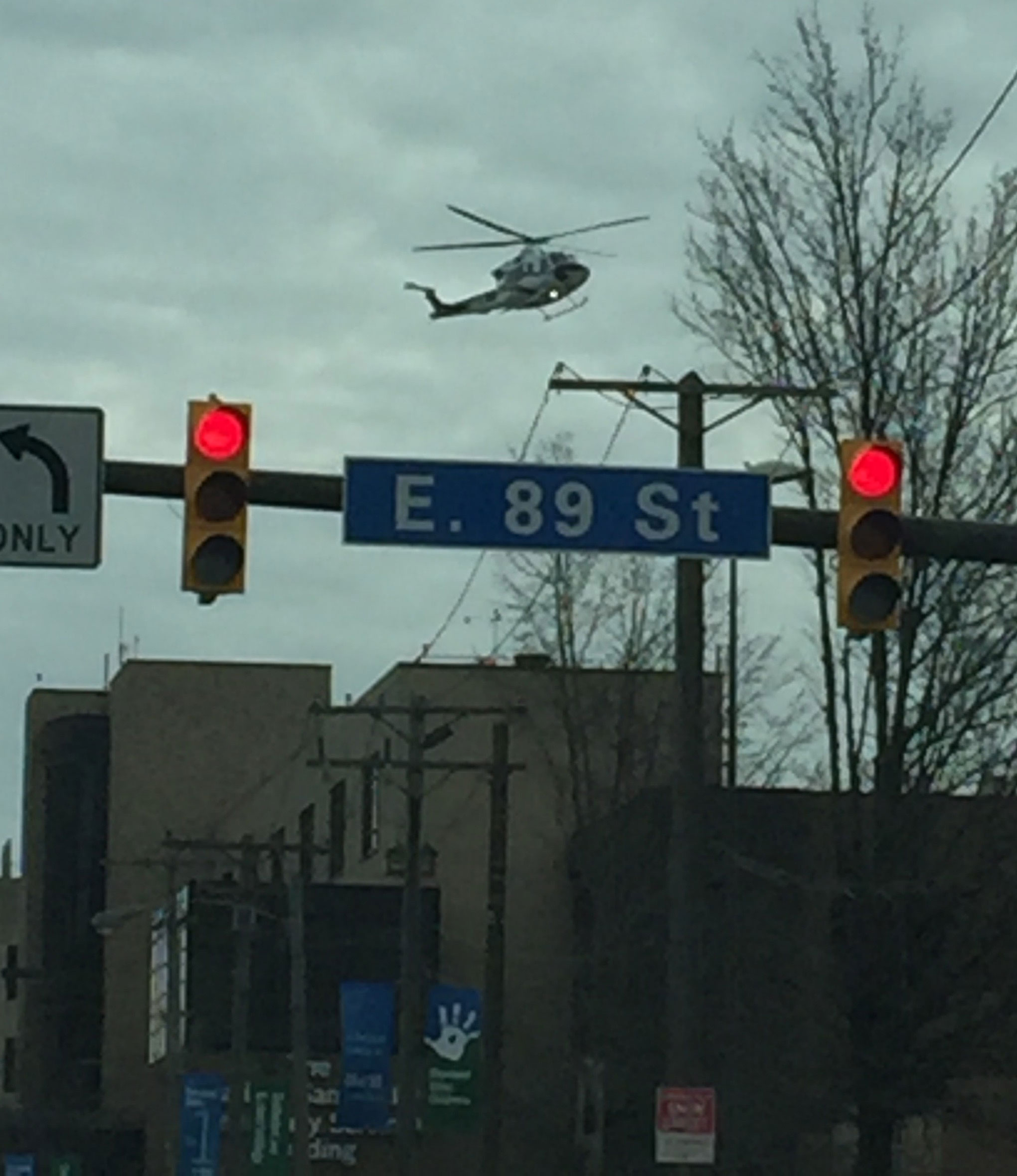 Incredible picture captured by Sroka’s daughter, Caraline, while driving to the hospital. Sroka is in that helicopter, being life-flighted to the Cleveland Clinic after his cardiac arrest.

Incredibly, as Sroka’s other daughter, Caraline, was driving hurriedly to get to her dad, she spotted a helicopter landing at the Cleveland Clinic and took a picture through her crying eyes, just in case it was her dad. It was.

David Knight, the then-superintendent of Medina City Schools, mused, “Dr. Sroka had the audience on the edge of their seats as he spoke, until he had them on their feet after he fell.”

After Sroka was taken for emergency medical attention, about 75 persons formed a prayer circle outside the school auditorium. Knight said the full school staff — including lunch attendants, bus drivers, and custodial workers — joined in to pray for him. Later, Sroka solemnly said, “I believe it worked!”

“When I was being life-flighted in the helicopter, I remember the crew telling me to relax. I could not,” he continued. “I felt as if I fell asleep, I would die. I realized at that point, I could not make it alone.”

He experienced first-hand (no pun intended for CPR) that sometimes the ‘Power of One’ is not enough. His message and mission changed on that helicopter ride. He thought, “If these doctors don’t step up, I am dead. I cannot do this by myself.” He needed the ‘Power of Many.”

At the Cleveland Clinic, a team of doctors performed interventional angioplasty with five stents, as well as inserted an implantable cardioverter-defibrillator (ICD).

Sroka is back on the road speaking with a new message, “You have the Power of One to start a fire, but you need The Power of Many to keep the fire burning.”

The power of many is all about teamwork and trusted relationships. And, Sroka knows that this is true not only in schools but in hospitals, communities, other organizations, and life in general. Sroka now realizes everyone has the power of one, even if they are invisible, and even if they do not see it. 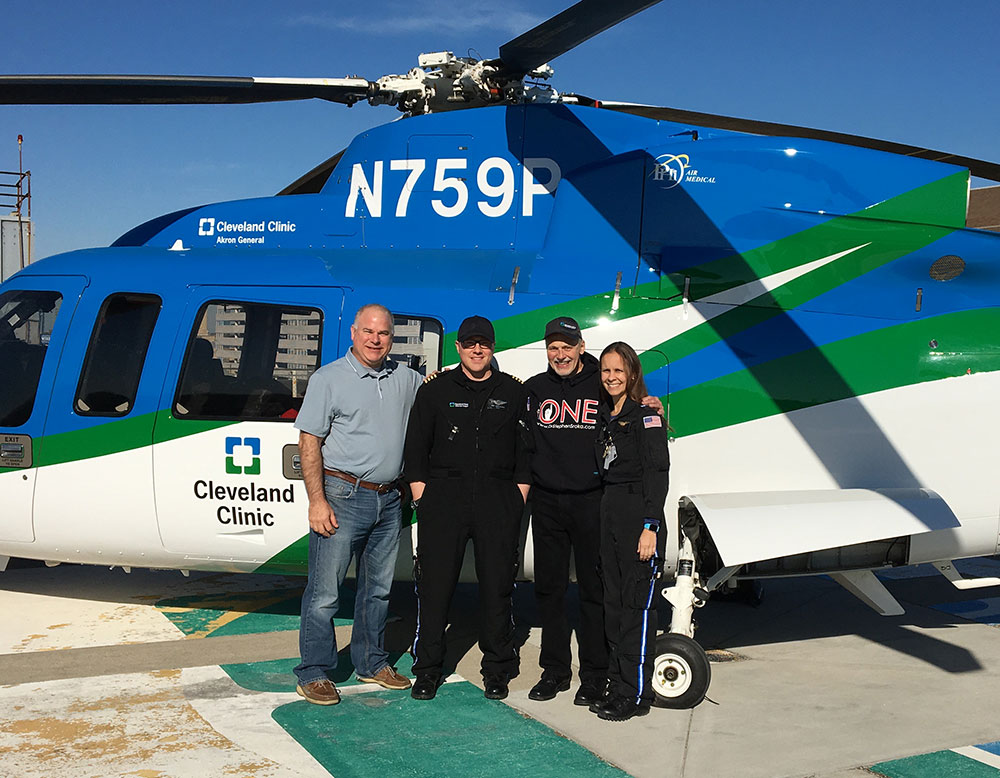 Sure, there were the SROs, the assistant principal, the school psychologists, and many world-class medical professionals who helped save his life — but what about all the other people behind the scenes? Think about the custodial staff who maintain the facilities, the clerks, dispatchers and secretaries who facilitate communications. How about the administrators who required all staff, including the SROs, to attend AED training? Or the persons who made sure the AED was available and working? The mechanics who made sure that the ambulance and helicopter were gassed up and ready to go. The many other clerical, classified, and certified professionals who do their jobs, every day, consistently and responsibly, and yet, often go unnoticed.

“All of these folks are my heroes. Thank you from the bottom of my rebuilt heart. I am humbly grateful to all of them for what they do,” Sroka exclaims.

These days, in his school safety presentations, Sroka delivers messages to support strong school safety programs with trained SROs, and all staff and students trained and ready to respond to any emergency, including CPR and AED education.

“We all have the Power of One to make a difference, but we need The Power of Many to make a lasting difference,” Sroka notes. “When people work together, they can save lives. I can attest from my still-beating heart.”

Stephen Sroka, Ph.D., is an adjunct assistant professor at the Case Western Reserve University School of Medicine in Cleveland, Ohio, and president of Health Education Consultants.

Connect with Sroka on his website www.DrStephenSroka.com or by e-mail at [email protected].