School shooters sometimes quote previous shooters in their online posts and/or homework assignments. Campus staff and police should understand these references so they can intervene. 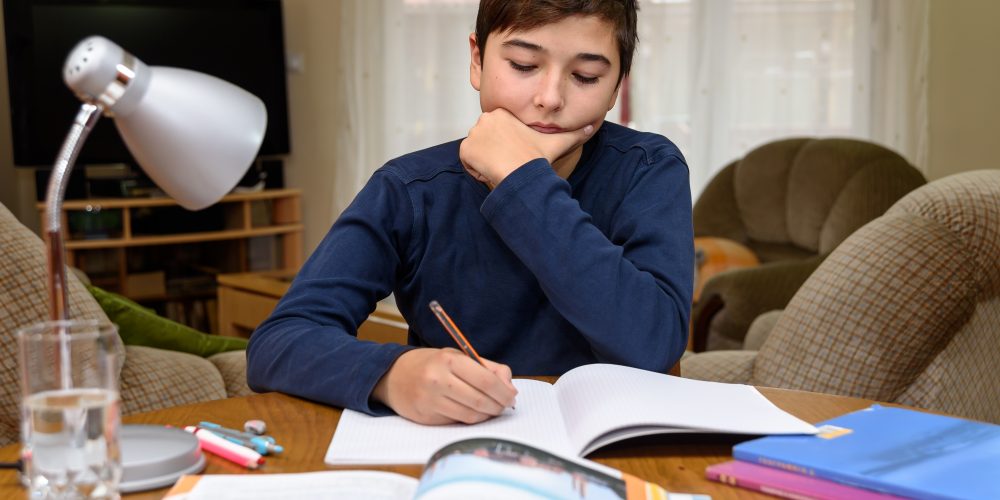 How do we know when someone is planning a school shooting? In many cases, the student leaves a trail of obvious warning signs, such as talking about his plan to shoot up the campus or posting his plans online. In other cases, however, the clues are more subtle.

This article presents a variety of examples of insider references to previous shooters that, if known and understood by school personnel and/or law enforcement, could have been used to detect an impending threat.

Of course, we must be careful not to jump to conclusions any time we encounter references to Columbine or other attacks. An interest in mass murderers does not mean that someone is a potential killer. I am frequently contacted by students who are working on school projects related to school safety or school shooters. These students are more likely to be future psychologists, educators or law enforcement officers than future mass murderers. Each piece of information should be viewed in context and evaluated accordingly. Knowing insider references, however, can be critical in recognizing what may be a dangerous obsession with one or more role models for violence.

In 2006 a young man posted that his “likes” included “Reb and V (modern day saints).” What does this mean? Reb was short for Rebel and V was short for Vodka: Reb and Vodka were nicknames for Eric Harris and Dylan Klebold, the two Columbine killers. In addition, the same young man posted, “Ich bin Gott.” This is German for “I am God.” Besides suggesting a possible delusion of grandeur, its mention is significant because Harris frequently wrote “Ich bin Gott.”

Though the young man never mentioned Columbine, Harris or Klebold, these clues tell us that he saw two mass murderers as saints and was copying their behavior. Not only did he idolize them, but he conducted research into some rather obscure details. This young man — Kimveer Gill — went on to shoot 20 people at Dawson College. (Article continues below.)

In addition, Atchison changed Auvinen’s username from Sturmgeist89 to Sturmgeist88. Why is this significant? Auvinen presumably used 89 because he was born in 1989. Atchison changed it to 88 because 88 is an insider reference to the Nazis. This is because “h” is the eighth letter of the alphabet, and 88 stands for “Heil Hitler.” Thus, besides the reference to another school shooter, Sturmgeist88 also indicates an interest in the Nazis. The name “Sturmgeist” itself is German, meaning “storm spirit” (it is also the name of a band).

Weise not only used the name “nativenazi” but had other usernames, including verlassen4_20 and todesengel. Weise was a Native American boy in Minnesota — why did he use German in his usernames? Because he was interested in the Nazis. “Todesengel” means “angel of death.” Also, 4/20 (April 20th) refers both to Hitler’s birthday and the day of the Columbine attack. Thus, usernames can be an important source of information about someone’s interests, but to recognize this often requires insider knowledge.

Similarly, words and slogans may mean more than they seem. Atchison once posted the following:

These posts might be concerning on their own, but knowing their origin increases the concern. Each word or slogan was worn on a t-shirt by an attacker during a school shooting: Natural Selection (Harris), Wrath (Klebold), Killer (T. J. Lane), and Humanity is Overrated (Auvinen). Once again, this tells us something about Atchison’s obsession with perpetrators of mass violence. 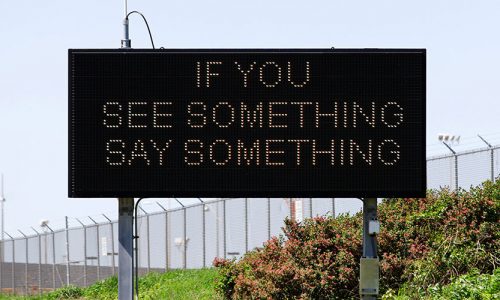 For example, in 2018 Alek Minassian committed the Toronto van attack that killed ten people and wounded 18. Just before going on his rampage, he posted on social media, “All hail the Supreme Gentleman, Elliot Rodger.” Knowing the reference to Rodger enables us to see Atchison’s question in a new light — he was not asking himself if he were a gentleman but asking if he were a murderer. Unfortunately, all the warning signs were missed, and Atchison committed a school shooting, killing two people.

In 2007, Auvinen posted a document online titled “Natural Selector’s Manifesto.” The title alone suggests that this young man was influenced by Harris. Why? As noted above, on the day of the attack at Columbine, Harris wore a shirt that read “Natural Selection.” Harris also repeatedly wrote about natural selection as a way of eliminating unfit people from the planet. Auvinen’s manifesto is focused on this theme.

In addition, Auvinen wrote, “Hate, I’m so full of it and I love it.” This is a quotation from  Harris, who wrote, “HATE! I’m full of hate and I love it.” Similarly, Auvinen wrote, “Like some other wise people have said in the past, human race is not worth fighting for or saving . . . only worth killing.” Who was this wise person who made that comment? Harris. Harris had written, “The human race isn’t worth fighting for anymore . . . people just aren’t worth saving.”

Though the content of the manifesto was concerning on its own, recognizing these references to Harris heighten the concern. And just like Gill’s posts included references to Harris and Klebold without ever naming them, Auvinen’s manifesto does not mention Harris, Klebold or Columbine. Nonetheless, the entire document is drenched in the writings of Harris.

There are other Columbine references we need to know. For example, Harris and Klebold referred to their attack as NBK, which was an abbreviation for the movie, Natural Born Killers. In 2016, a 14-year-old boy used this handle on social media: kmosh_nbk_kmfdm. Though the meaning of “kmosh” is unknown, “nbk” is a reference to Columbine. In addition, KMFDM is the name of a German band that Harris listened to.

In 2006, a young man named Alvaro Castillo nicknamed his shotgun Arlene. This does not seem ominous unless we know that Harris named his shotgun Arlene; Castillo knew this and was deliberately imitating Harris. In fact, despite overwhelming warning signs of his obsession with Columbine — including getting his mother to drive him on a pilgrimage from their home in North Carolina to Littleton, Colorado so that he could take photographs of Columbine High School, the house Harris had lived in, and the pizza shop where Harris and Klebold had part-time jobs — no one saw the danger. On the day of his attack, Castillo wore a shirt that said “Natural Selection.”

Though brief examples of quotations from previous killers were cited above, there are sometimes more substantive borrowings. For example, in 2007, Matthew Murray posted the following: “I’m coming for EVERYONE soon and I WILL be armed to the @#%$ teeth and I WILL shoot to kill. Feel no remorse, no sense of shame, I don’t care if I live or die in the shoot-out. All I want to do is kill and injure as many of you as I can.”

Though this statement is threatening on its own, the threat may be even greater if we know the source of these words. Harris wrote: “I’m coming for EVERYONE soon, and I WILL be armed to the fucking teeth, and I will shoot to kill. . . Feel no remorse, no sense of shame. . . I don’t care if I live or die in the shootout, all I want to do is kill and injure as many of you pricks as I can.”

Anyone who is getting his ideas, inspiration and even the words he uses to express himself from Harris needs to be seen as a potentially dangerous person.

In a less obviously threatening case, Atchison posted this:

“His name is Digato. You will come to know him as the Agent of Lulz. He is male, obviously LOL. He is 20 years of age. He lives in a desert wasteland in the middle of nowhere. He finds that it is a horrible place to live. He is not a people person. He has met a handful of people in his life who are decent. But he finds the vast majority to be worthless, no good, kniving [conniving], betraying, lying, deceptive savages. Work sucks……….sk0l sucks……….Life sucks……….”

Should we be concerned about this? By itself, it does not seem to be a warning sign of impending violence. To more effectively evaluate this, however, we need to know that someone else had written this:

“His name is Trench. You will come to know him as the Angel of Death. He is male. He is 25 years of age. He lives in Quebec. He finds that it is an o.k. place to live. He is not a people person. He has met a handful of people in his life who are decent. But he finds the vast majority to be worthless, no good, kniving, lieing, deceptive, motherfuckers. Work sucks……….School sucks…………Life sucks………”

The author of the original statement was Gill. The fact that Atchison quoted him indicates several possible things: a fascination with him, an identification with him and viewing him as a role model to emulate. Despite the numerous warning signs that Atchison posted, no one picked up on the clues and he carried out his attack, killing two people.

To conduct effective threat assessments, we not only need to attend to obvious warning signs such as threats to commit a shooting and illegally buying firearms, we also need to recognize the more subtle signs that a student may be influenced by previous attackers. Though many shooters directly name prior attackers who serve as their role models, there may also be insider references that can easily be missed.

We need to immerse ourselves in the world of school shooters and have a thorough knowledge of the prominent cases in order to see the full range of warning signs.

Peter Langman Ph.D. is a psychologist and author of School Shooters: Understanding High School, College, and Adult Perpetrators and Why Kids Kill: Inside the Minds of School Shooters. He also trains professionals in mental health, education, and law enforcement on understanding the psychology of school shooters and identifying potential perpetrators.

4 responses to “Reading Between the Lines: Recognizing Insider References to School Shooters”