The tip line is a statewide confidential reporting system designed to be a safe place for students, school staff, and community members to share information concerning potential school violence. 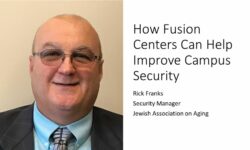