Police: Ohio Student Who Shot Himself in School Planned to Shoot Others

Jackson Township police say they found an eight-part plan to carry out a shooting at Jackson Memorial Middle School on the 13-year-old’s cell phone. 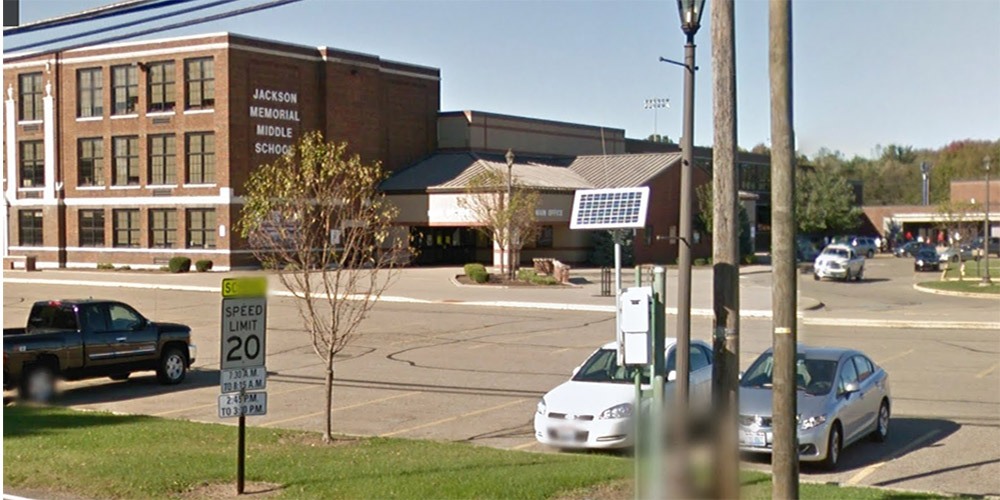 The student was rushed to a hospital but later died from a self-inflicted gunshot wound.

A seventh-grader who shot and killed himself inside an Ohio middle school bathroom was planning to shoot others at the school, according to police.

On February 20, another student saw the 13-year-old boy emerge from a bathroom at Jackson Memorial Middle School carrying a .22-caliber rifle and told faculty. The boy was later found lying on the bathroom floor with a self-inflicted gunshot wound.

He died a day later from his injuries at Akron Children’s Hospital. His death was ruled a suicide by the Summit County Medical Examiner’s Office. 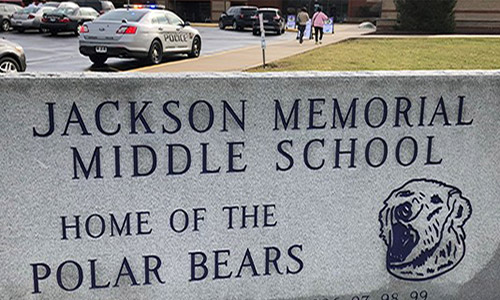 The school was placed on lockdown as bomb squad dogs searched the building. The rifle and 80 rounds of ammunition were recovered from the scene along with a “distractionary-device” that was found in the student’s backpack. Authorities described the device as something that would grab a person’s attention by creating smoke or a loud noise.

Following an investigation into his suicide, Jackson Township police say they uncovered messages on the boy’s phone detailing an eight-step plan of attack at his school.

The messages indicate he had been planning the shooting for weeks and wanted it to be “bigger than anything this country’s ever seen”.

“I’d hurt and destroy something bigger but my school’s an easy target,” read one of the messages. “I want to leave a lasting impression on the world. I’m going to die doing it.”

The boy also expressed admiration for the Columbine killers and hoped his shooting would inspire others after his death, according to Akron Beacon Journal.

“No evidence has been discovered to explain why [the boy] changed his mind from shooting others at the school,” a police report states.

Jackson Police Chief Mark Brink says the investigation is ongoing but it doesn’t appear anyone else knew about the boy’s plan.

“When they interview my parents and ask how they didn’t see the signs, they should know it’s not them, it’s me and it’s because of how I see the world,” read another message.

Police officers will be stationed at each Jackson Township school for the remainder of the school year; two will be at both the high school and the middle school while each elementary school will have one.