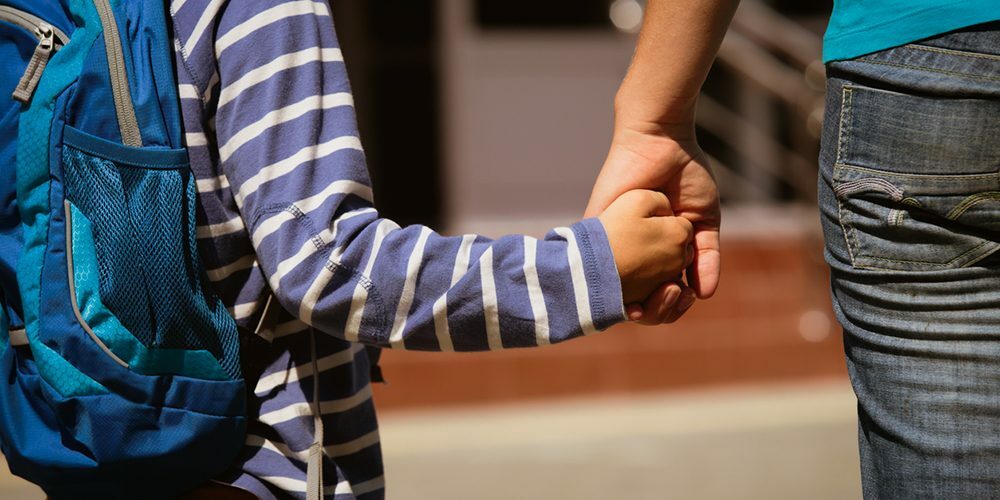 U.S. parents who are concerned for their children’s safety at school is at the highest level in over two decades, a new poll found.

According to Gallup, 44% of respondents with children in K-12 schools said they fear for their oldest child’s physical safety while at school. In 2019, the last time the survey was distributed, 34% of parents expressed concern. The survey was not distributed in 2020 or 2021 due to the pandemic and irregular in-person schooling.

“It’s a really high point that we haven’t seen in quite some time,” Gallup Editor-in-Chief Mohamed Younis told KCCI.

The last time parental fear was this high was in March 2001 after two students were killed and 13 others were wounded in a shooting at Santana High School in Santee, California. Parental fear was at its highest point — 55% — following the Columbine High School shooting that claimed 13 lives in April 1999.

Gallup’s latest poll was conducted from Aug. 1-23, approximately three months after 19 children and two teachers were fatally shot at Robb Elementary School in Uvalde, Texas. It also came on the heels of the mass shooting at a Buffalo, New York, supermarket that claimed 10 lives, and the mass shooting at a Fourth of July parade in Highland Park, Illinois. More than 30 people were wounded and seven were killed in that shooting.

Although the poll doesn’t specifically reference gun violence, Younis said recent mass shootings have taken an emotional toll on parents and their kids. Community violence and bullying have also elevated fears, she added.

One in five K-12 parents also reported their child expressed concerns about feeling unsafe in school, an eight-point increase from 2019. The 2022 results are the same as the 2018 poll which was taken after school shootings in Parkland, Florida, and Santa Fe, Texas. The record high was 22% in 2001 following the Santana High School shooting.

The survey was taken by 1,006 parents and the margin of error is four percentage points. 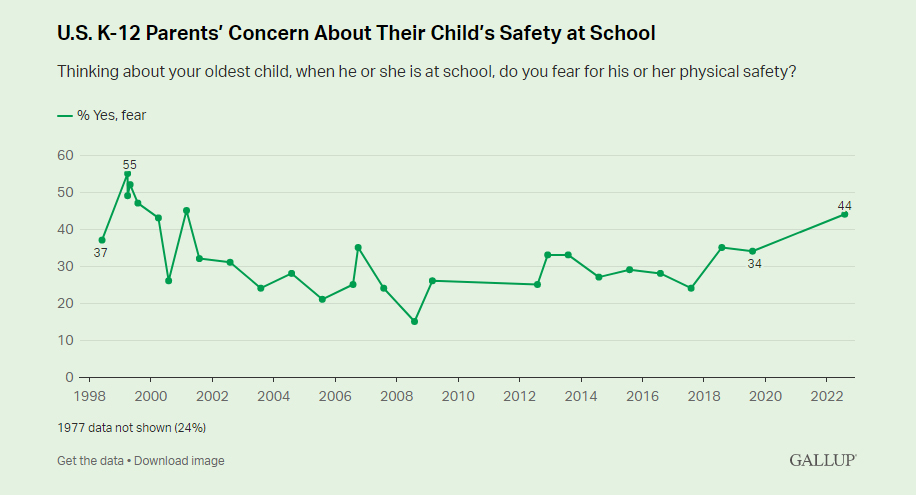 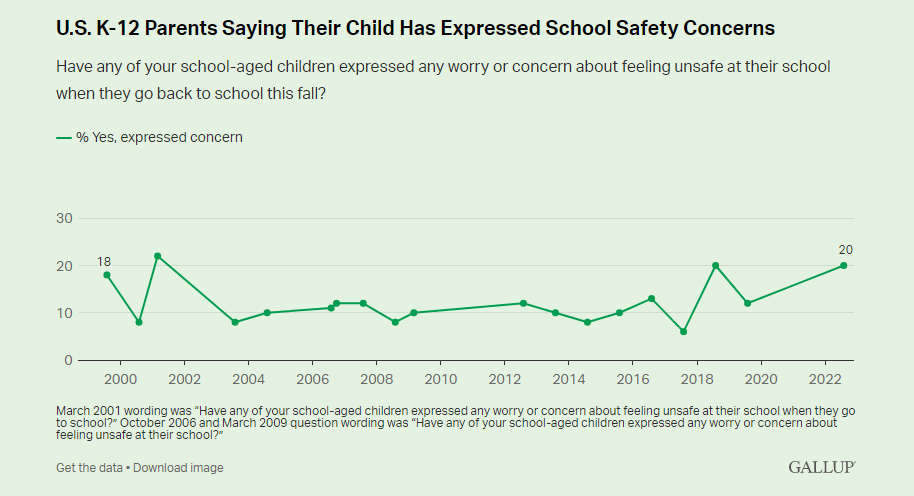