The program was created by the U.S. Army and the Department of Homeland Security and has been used by police officers and first responders.

In this computer simulation, a first responder exchanges gunfire with an active shooter in a library.

A virtual shooter training program originally designed for police officers and first responders is now rolling out a version to be used by teachers and other civilians who may face active shooter situations.

The program, which uses cutting-edge video game technology and animation, was developed by the U.S. Army and Department of Homeland Security. The newest version, a computer-based simulator, is aimed to train everyday people, particularly teachers, reports The Merced Sun-Star.

“With teachers, they did not self-select into a role where they expect to have bullets flying near them. Unfortunately, it’s becoming a reality,” says Tamara Griffith, a chief engineer for the project. “We want to teach teachers how to respond as first responders.”

The $5.6 million program is called the Enhanced Dynamic Geo-Social Environment (EDGE). The training center is located at the University of Central Florida in Orlando. 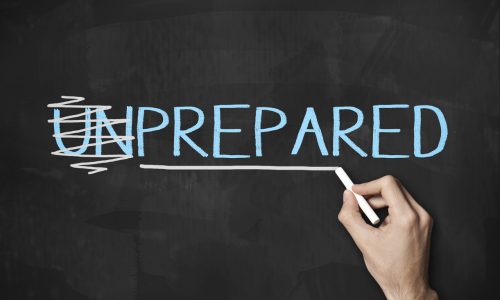 Related: 7 Ways to Limit Liability in Joint Training on Campus

The training is similar to that used by the U.S. Army to train soldiers in combat tactics and will be available for schools by spring, according to Homeland Security officials.

Bob Walker, the project manager, says there are several options and scenarios presented to the user during the training.

For example, each teacher is given seven options for ways to keep their students safe in an active shooter situation. Whichever option they choose, some students may not respond and others may be too afraid to react. Users are then presented with an additional problem to solve.

The program also gives the user an option to make the shooter an adult or a child.

“We have to worry about both children and adults being suspects,” says Walker.

To fashion a program that could be used by teachers, developers listened to real 911 calls to gain an understanding of the confusion that occurs in active shooter and school shooting situations.

The program’s designers also spoke to the mother of a child killed at Sandy Hook Elementary. She walked them through her entire timeline that day.

“It gives you chills when you think about what’s happening on those tapes,” says Griffith. “It tore us apart to listen to her and what she went through.”

Amanda Klinger, the director of operations for the Educators School Safety Network, says the new program could change the fact that safety training gets pushed to the back of people’s minds until something happens to them.

“I hope that people will sort of see this simulation as a really cool and engaging way to think about school safety.”

John Vericco, a spokesman for the Department of Homeland Security, says the program will be free for administrators and teachers to download, according to Fox News.