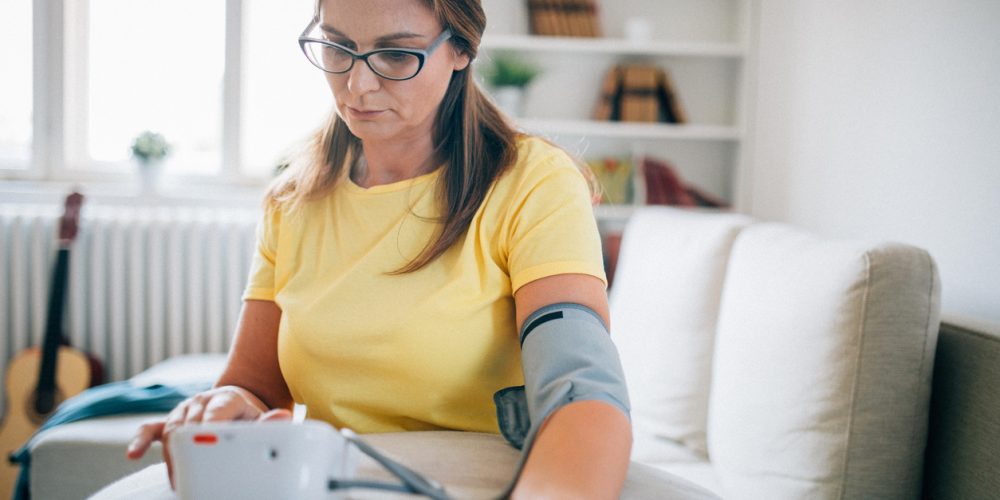 The study found that sexual assault victims are more likely to have high blood pressure which can lead to cardiovascular disease, stroke and even dementia.

It’s common knowledge that a woman who has been sexually assaulted may experience a lot of trauma in the immediate days, weeks or months following the event. Now, research tells us that these events may cause long-lasting effects on a woman’s physical and mental health later on in life, reports the LA Times. 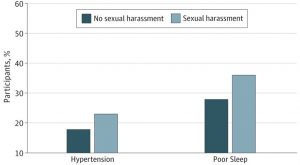 Sexual assault may increase a woman’s chance of having a heart attack or stroke by 20 percent. Image: JAMA Intern Med.

A study that was published this week in JAMA Internal Medicine found that women with a history of sexual assault and harassment had significantly higher blood pressure (BP) and clinically poor sleep or insomnia.

These issues are not to be taken lightly. Poor sleep has been linked to health issues like obesity and metabolic disorders.

The study also found that women between the ages of 40 and 60 who experienced sexual assault or harassment at some point in their lives were three times as likely to have depressive symptoms and twice as likely to have anxiety issues.

Depression and anxiety are linked to poorer heart and brain health in women as they age.

“This is a massive number of women, so it’s an enormous public issue,” says study leader Rebecca C. Thurston. “If we want to prevent mental health problems, sleep problems and hypertension, I think we really need to think about these toxic exposures women are experiencing at the workplace and elsewhere.”

Elevated BP, or hypertension, is a major risk factor for cardiovascular disease and is the leading cause of death in women, according to the study. It can also lead to stroke and dementia.

The 304 women who participated in the study lived in the Pittsburgh area, were nonsmokers and free of clinical cardiovascular disease.

Researchers made it clear that these women may not be an exact representation of all women in America.

The study included physical measurements, interviews and questionnaires from the participants.

In the Pittsburgh sample, women with a history of sexual harassment had a higher education than the norm yet had more financial strain.

Of the women in the study who did not have a history of sexual assault or harassment, 12 percent experienced symptoms of depression and 23 percent had clinical anxiety. Forty percent of these women reported having poor sleep.

Compared to the women with a past of sexual assault or harassment, the number with depressive symptoms more than doubled to 25 percent, clinical anxiety climbed to 40 percent, and poor sleep rose to 57 percent.

The study found that women with a history of sexual harassment may increase their chances of heart attack, stroke or other cardiovascular diseases by 20 percent.

Recent events like the Me Too and Time’s Up Movements have brought awareness to the public about sexual harassment and assault as well as the effects they have on women’s health.