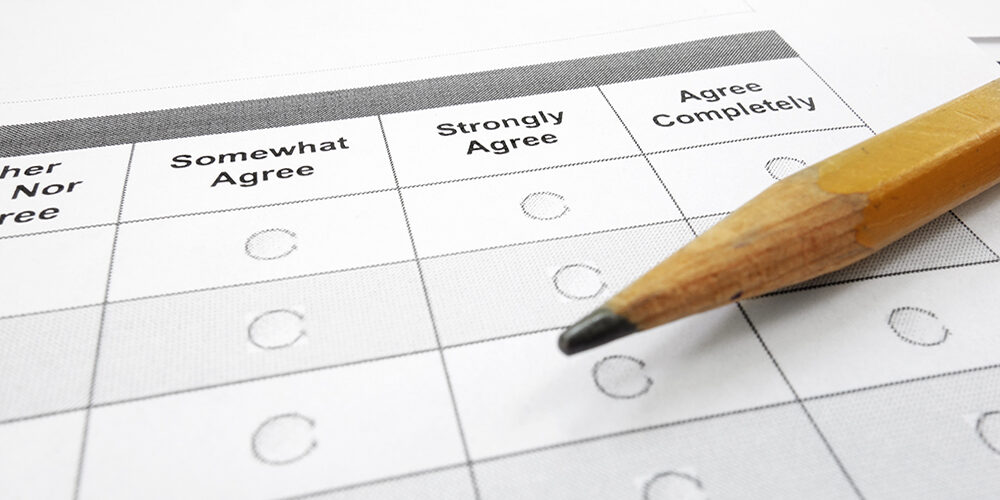 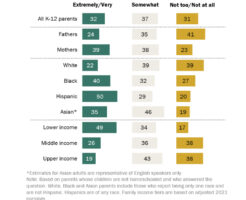 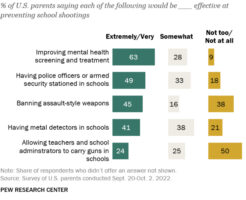 A new survey found nearly a third of K-12 parents are ‘extremely’ (19%) or ‘very’ (13%) worried about a shooting happening at their children’s school.

The survey, conducted by Pew Research from Sept. 20 to Oct. 2, was distributed to 3,757 U.S. parents with at least one child younger than 18, including 3,251 who have a child in a K-12 school. It also found a similar percentage of parents are ‘not too’ (24%) or ‘not at all’ (7%) worried about the possibility of a shooting ever happening at their children’s school. The remaining respondents (37%) said they are somewhat worried.

Mothers of children in K-12 schools are more likely to say they are very or extremely worried about a school shooting (39%) compared to fathers (24%). Fathers are also more likely than mothers to say they aren’t too worried or aren’t worried at all (41% vs. 23%). (See slide 1) 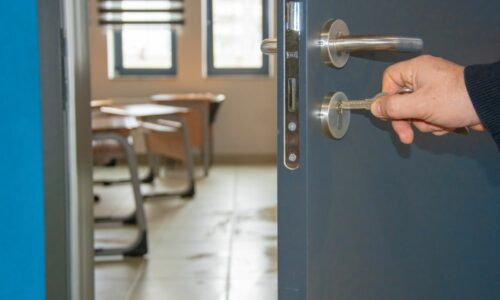 Concerns about a school shooting also varied by race, ethnicity, income, and political leanings. Findings include:

Parents were also asked about the effectiveness of certain strategies in preventing school shootings (see slide 2). Respondents are most likely to see value in improving mental health screening and treatment with 63% saying this would be a very or extremely effective way to mitigate school shootings. Other strategies parents said would be very or extremely effective in preventing school shootings include stationing police or armed security at schools (49%), banning assault-style weapons (45%), having metal detectors in schools (41%), and allowing teachers and administrators to carry guns (24%).

As the debate over gun policy continues in the United States, parental views on how school shootings can be prevented significantly varied based on political party, according to the survey (see slide 3). Those findings include:

One thing the majority of parents agreed on in both parties is the need for improved mental health screenings and treatment, although Democratic parents are more likely to have this view (70%) vs. Republican parents (55%).

The views on these strategies for mitigating school shootings also varied within political parties based on parental roles. Among Republican parents, mothers are more likely than fathers to express support for improving mental health screening and treatment (59% vs. 49%). Republican mothers are also more likely than Republican fathers to say banning assault-style weapons (25% vs. 12%) and having metal detectors in school (43% vs. 30%) would be very or extremely effective.

Among Democratic parents, mothers are more likely to express support for all of the listed policies except having police or armed security in schools. Democratic parents’ views also differ based on the type of community they reside in. Approximately seven out of 10 Democratic parents who live in urban and suburban areas (72% and 68%, respectively) believe banning assault-style weapons would be extremely or very effective compared with 54% of rural Democratic parents. 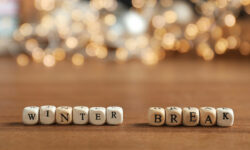 One response to “Survey: 32% of K-12 Parents Worried About School Shootings”