Most responsible adults would agree that child safety is paramount, so solving school safety should not be controversial. Unfortunately, many proposed solutions show large partisan gulfs in support. If we want to make progress, we should consider answers that transcend our political divides. 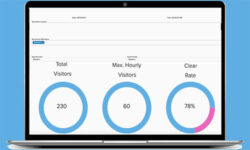 The system uses high-definition metal detection combined with other sensors to understand the type, shape, and size of metal in transit.

OPENGATE from CEIA USA can help your school, university, or event more effectively screen for weapons than traditional metal detectors.