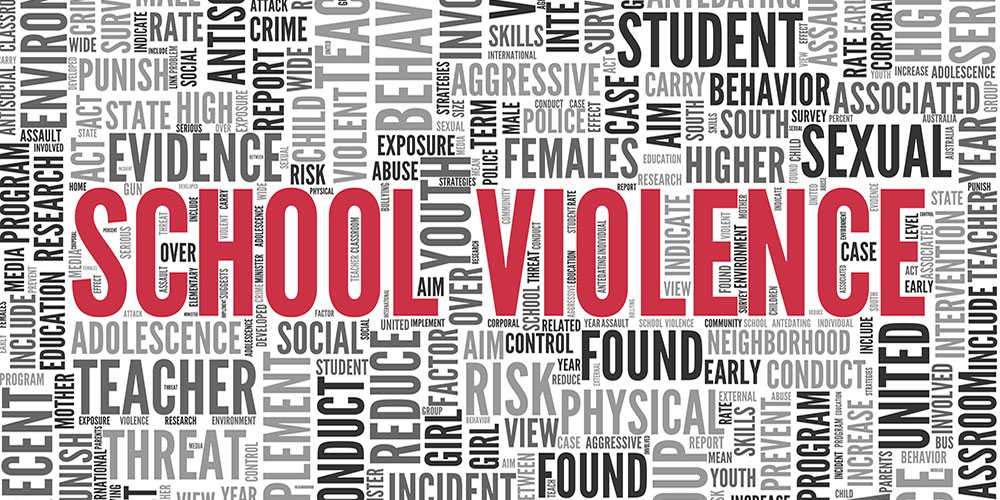 Six people were shot on or near campus grounds over the weekend, causing further concern for the effects of violence on youth — whether they are the victims themselves or merely in proximity to violence.

A 12-year-old boy is in the ICU after he was shot at Peek’s Chapel Elementary School in Conyers, Ga., Friday night, reports WSB-TV.

Rockdale County Sheriff’s Office deputies responded to a call of a person shot at the school. The unidentified boy was taken to a local hospital where he is in stable condition. A 15-year-old boy, whose name also has not been released, has been charged with aggravated assault and aggravated battery.

The school district released a statement, saying no students or staff were at the school at the time of the shooting. The campus’ basketball courts are open to the public on evenings and weekends.

An 8-year-old girl was also killed and three others were injured in a Friday night shooting near a St. Louis high school.

The victim, identified by police has Jurnee Thompson, was with her family at a football exhibition about a block away from Soldan High School in the city’s Academy neighborhood when fights broke out at the event. Shots were fired as police tried to clear the area, according to Q13 Fox.

Two 16-year-old boys were in stable condition with one shot multiple times and the other shot in the arm. A woman in her 40’s was shot in the leg and was in critical but stable condition. St. Louis police Chief John Hayden said “two or three” of the victims were related.

Since June, at least a dozen children have been killed by gunfire in St. Louis. Police said much of the violence is linked to drug dealing.

A report released earlier this year by the LA Times found students are greatly impacted both by violence both on and off school grounds, particularly those living in areas of high crime.

Children in high-crime areas are “losing more people in their youth than most of us have lost when we get to 40 or 50,” said Ferroll Robins, executive director of the nonprofit organization Loved Ones Victims Services. Even if they don’t know the victims, they can still feel the impact through social media or memorial posts.

The California Department of Education reported that over the last five years in Los Angeles, 105 people were killed within a mile of Dymally High School — the highest number surrounding any public high school in the country.

Students often worry about getting to and from safely, leading to side effects such as anxiety, depression, school absences and the inability to concentrate in class.

Additionally, early Sunday morning, a 21-year-old male was shot in the thigh on Ohio State University’s campus. Columbus police said the shooter fired several shots at the victim, who was the intended target. He was transported to the OSU hospital in stable condition, according to Fox 19.

OSU’s emergency management sent out an active shooter alert, urging students and faculty to remain indoors. As of Sunday afternoon, the shooter had not been apprehended.