You can watch or listen to the full podcast interview above. If you prefer to listen on-the-go, you can download the podcast to your mobile device on iTunes and Spotify! Make sure to follow or subscribe on your platform of choice to be alerted of the latest episodes as soon as they become available.

Who and what does it take to successfully and effectively implement an electronic access control system throughout an entire college or university campus? Perhaps the best and only way to properly answer those questions is to ask someone who has experienced such an undertaking.

In 2019, officials at Saddleback College, a 200-acre public community college in Mission Viejo, Calif., set out to implement electronic access on every locking door. Prior to this massive project, approximately 200 doors had been equipped with electronic access control. By the end, 1,500 doors had employed the same system. 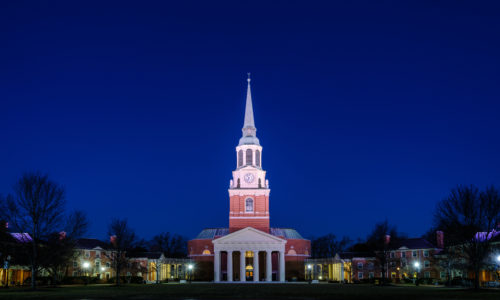 Before the coronavirus pandemic, I had the opportunity to speak with Michael Betzler, a lieutenant with the Saddleback College Police Department, about how the school implemented this system, which uses a centralized access control system with hardwired PoE (Power over Ethernet) electronic locks and individually assigned proximity cards.

The access control system is also fully integrated with the school’s video camera/management system and is also part of the school’s comprehensive campus violence/active shooter response program (more information on this topic can be heard at the 5:55 mark).

We spoke about the process of gradually implementing the system, how to leverage existing technology, and project goals, standards and scope, including budget. We also discussed who he thinks should be involved in such a project, campus factors that should be considered when choosing an approach to access control, and recommendations for other schools looking to integrate a similar system.

Who Should Be Involved in the Project?

Upgrading to an electronic access control system is no easy feat and must include a wide variety of stakeholders from the very beginning. As police lieutenant, Betzler stresses the importance of including a campus police or public safety department representative. Next, he recommends facilities managers be involved.

“This is really a project. It’s something akin to a construction project, whether it’s a retrofit or it’s new construction or it’s a renovation project. I think it has the elements of that so it requires facilities,” he says. “I also think it’s very important to include information technology. Each one of these representatives needs to be at the top of their game. They need to be excellent representatives from their various departments, and they need to be able to speak for them.”

In addition to building a team that includes stakeholders from many different departments, Betzler says it is crucial to establish a “winning” construction team since its a construction project no matter how you approach it — whether is new construction, a renovation project or a retrofit. 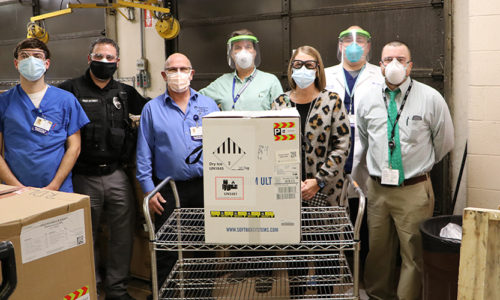 “One of the things that we do is all entities come to every construction meeting and for anybody that’s been involved in any construction projects. We might have twenty people at any given construction meeting: two representatives from IT, two from the police department, one from facilities, and then representatives from all the involved parties and we’re collaborative. We speak openly there,” he says. “Everybody is comfortable with one another and we’ve all bought into the objectives and the goals of the construction project. So what that gives us is the ability to address problems as they arise and deal with them effectively as a team. No finger-pointing and we’re able to resolve issues with the system and the project as we go along in minutes instead of hours or days.”

Betzler also stresses including faculty and staff and getting their input and concerns regarding the project since they are the day-to-day users of the system.

“If they’re on your team, you’re going to be more successful versus having them come in the eleventh hour and want to make changes to the thing that makes it works better for them on a day-to-day basis,” he continues.

After talking to other campuses that have undergone a similar access control overhaul, Betzler says it’s easy to get siloed and think of it as only a security, IT or facilities issue, when all players need to be brought to the table early on.

“I think it’s important that you get everybody to the table, listen to everybody’s concerns and desires about the project, and then you’re going to have something that everybody values.”

Considerations When Choosing an Access Control System for Your Campus

When it comes to choosing an approach to access control for a campus — whether that be a mechnical, electronic or combination system — there are many moving parts that will motivate which is best for a certain campus. Budget is one significant factor.

When starting the project, Saddleback officials knew what features they wanted the system to have, including no more hard keys, lockdown capability, a system that does not restrict egress or first responders, easy to operate, and scalable over time, among other things. This put their projected budget at $10,000,000.

“I know that’s maybe not in the realm of everybody’s pocketbook, but I think if you establish that framework of a workable budget, maybe not exact dollars and cents, but have some idea of how far you can go, then really I think that helps lead you to the next issue, which is really your project goals,” Betzler says. “If you have a limited budget, is it more important to do all exterior doors or is it more important to do buildings or areas that you think are most vulnerable? And I’d say that’s up to the individual school, college or university.” 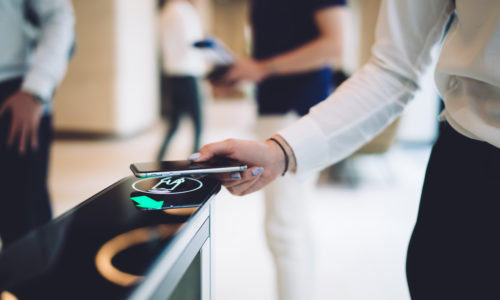 Related: Getting a Read on Access Control This Year

Betzler also emphasizes establishing standards and communicating those standards clearly with your security, construction, facilities and IT teams.

“I know [one challenge] we encountered on our project at Saddleback College [was] making sure everybody understood what the standards were. We had to repeat them over and over again. We had very good people on our team, but it’s important for them to understand what the college or school or university is trying to achieve with this,” he says.

Next is establishing the scope of your project.

By tying parts of the new access control project into previously scheduled projects, among other factors, the total spend was able to be reduced to around $7,000,000.

Overall, Betzler says the “best money” Saddleback spent was taking the opportunity before starting the project to send their facilities directors, IT director, chief of police, and assistant vice president of instruction to a nearby college that had recently deployed a similar system.

Betzler goes on to discuss his team’s missteps that he thinks schools undertaking a similar project could learn from, including underestimating the amount of work that would be required and the impact it would have on existing personnel.

We also discussed what he believes Saddleback excelled in during the system’s implementation, including extensive collaboration and research.

To hear about both project mistakes and successes, listen to the podcast starting at the 13:37 mark.

Click below to listen to the full podcast on Spotify

Click below to listen to the full podcast on Apple Podcasts

Locking Lessons Learned from Uvalde
Get Our Newsletters