A Michigan school district recently paid a former student $600,000 in the settlement of a Title IX lawsuit that is prompting other districts to further their Title IX training.

Forest Hills Public Schools settled the lawsuit after a former student claimed the district did not protect her from harassment after she was allegedly sexually assaulted in 2010 by her classmate, who was an athlete at the school. A judge had already found that the school district’s Title IX training to staff was inadequate, according to woodtv.com.

The athlete was eventually charged with fourth degree criminal sexual assault and the school district will have to sponsor more Title IX training for faculty members.

Nearby school districts, some of them dealing with their own sexual assault lawsuits, are trying to take a proactive approach to Title IX compliance after seeing the consequences for Forest Hills. An official for the Kent Intermediate School District, which is just a 15 mile drive from Forest Hills, called the settlement a “learning opportunity.”

The Kent Intermediate School District and other school systems have been doing extensive Title IX compliance and investigation training recently, according to mlive.com. That training will continue through the summer with the Thrun Law Firm.

Title IX requires school districts to respond and take action quickly to reports of student sexual assault or harassment to avoid creating a hostile learning environment. The Office for Civil Rights, which investigates many school sexual assault cases, expects schools to conduct parallel and timely investigations into sexual assault cases at the same time as the local police. 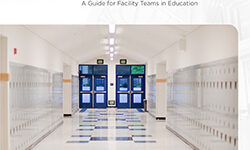