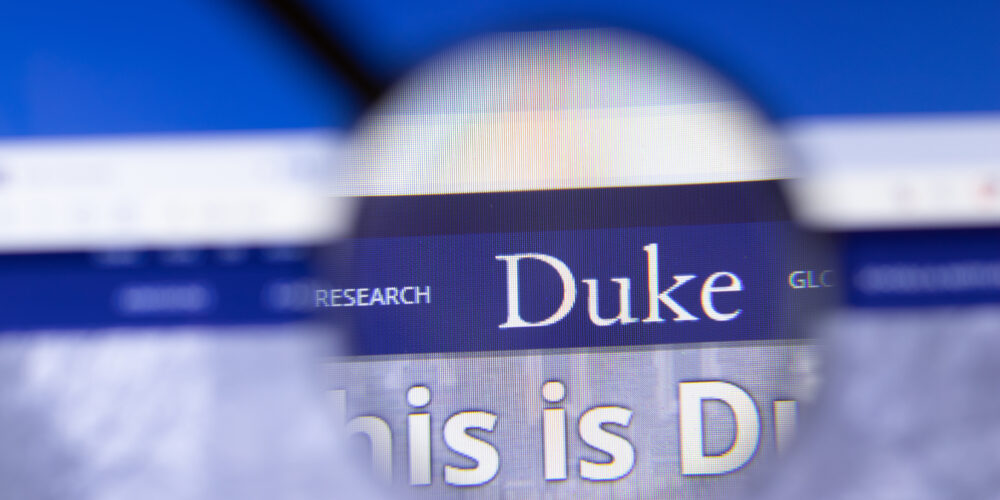 Photo via Adobe, by Postmodern Studio

Durham, North Carolina – A male patient being treated at Duke University Hospital who was in the custody of the Durham Police Department was shot and killed by a Duke University police officer Friday evening.

The incident happened around 11 p.m. as the man was being treated in the hospital’s emergency department, reports ABC11.

Hospital staff attempted to revive the patient, but he died at the scene. No other patients were injured during the ordeal, but one Durham police officer was treated immediately after the incident.

The officers involved in the incident were wearing body cameras at the time of the shooting. The State Bureau of Investigations is investigating the matter.

On Monday, WRAL reported that the hospital issued the following statement about the shooting:

“This tragic incident is the subject of an active investigation by the SBI, as required by law, and Duke has no further comment at this time. We remain grateful to the police officers from the Durham and Duke police departments for their quick and selfless action to prevent potential harm to others, and to the Duke health care professionals who immediately acted to protect the safety of their patients.”

The identity of the forensic patient who was fatally shot has not been released.