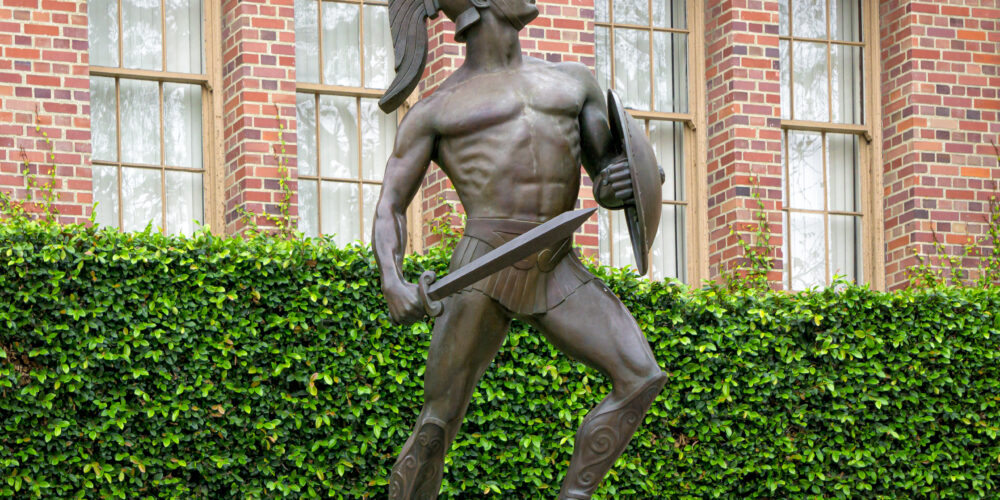 Last month, the University of Southern California (USC) released the following statement about its investigations into allegations of misconduct at five fraternities:

We have prepared the FAQs below to keep you informed, to explain the process, the outcomes and our legal and privacy obligations related to investigations into allegations of misconduct involving five IFC fraternities. USC has zero tolerance for sexual assault and violence.

1. Why were social activities for USC fraternities halted in Fall 2021?

In Fall 2021, a series of reports confidentially made to Relationship and Sexual Violence Prevention Services (RSVP) alleged druggings and sexual assault at a USC fraternity party. A detailed timeline is available here. At the time, USC Interfraternity Council (IFC) issued a statement and voluntarily halted social activities at all fraternities, citing “abhorrent misconduct.”

During the same time period, the university received reports from multiple students and at least one parent related to other fraternities and individual fraternity members. Based on its thorough evaluation of all known information, including historical reports, USC initiated Title IX investigations into the misconduct reported to have occurred involving five IFC fraternities. Pending the outcome of the investigations, the fraternities were placed on interim suspension. The university also extended the pause on all IFC chapter social activities until January 2022. Working with the IFC, the university issued a preliminary action plan in January, which allowed chapters in good standing to gradually return to social activities if certain requirements were met.

2. What can the university share about the investigation into the confidential disclosures about possible drugging and sexual assault at a fraternity?

Under California law, allegations of sexual misconduct cannot be substantiated without the participation of identifiable parties and witnesses who agree to be questioned as part of the hearing conducted by an independent Hearing Officer, who decides whether there is sufficient evidence that university policy was violated.

The original reports were made to a university confidential support resource, and therefore those individuals’ names could not be disclosed without their consent. Not knowing the names of our students who reported to have been harmed at fraternity parties, the university investigation included outreach to many students who were members of the sororities reported to have attended the events and who might have information concerning the allegations in the RSVP report. The identities of our students who reported to the confidential support resource are still unknown after completion of the investigations, as our students may choose whether to participate in the investigation process.

3. What can the university share about the investigations into the allegations at the other fraternities?

The university conducted a total of 10 investigations involving individual student conduct and the conduct of organizations (fraternities). The outcomes based on the information that the university had available included no policy violations; policy violations with respect to some of the reported concerns; sanctions including expulsion and disciplinary probation; and voluntary Alternative Resolutions requiring remedial actions and monitoring through May 2023, as agreed to by impacted parties. If the organizations do not fully comply with the terms of the Alternative Resolution agreements, the matters will be reopened.

4. Was the university able to identify parties and witnesses who were willing to participate in some of the investigations into the other fraternities?

5. What general factors explain the outcomes of these matters?

The outcomes of these matters are grounded in the facts of each case and the available information.

Given the series of reports, the university made all appropriate efforts to invite participation. In some of the matters, parties and witnesses were identified and were willing to participate. However, under Title IX, the university cannot require impacted individuals to participate in an investigation or hearing, and some exercised their choice not to participate. Some parties and witnesses initially participated, but later chose not to continue their participation. In such instances, under California law, their original statements could not be considered in determining whether university policy had been violated. Even when parties and witnesses do participate, under Title IX a respondent is presumed not responsible for the alleged conduct until those allegations are supported by a preponderance of the evidence (i.e., what more likely than not occurred). In some instances, this presumption was overcome, and in others it was not. Some allegations were resolved through voluntary agreement of the parties, and some allegations were dismissed for lack of evidence with appeal rights.

6. Were criminal charges filed related to any of these allegations?

The Los Angeles Police Department has jurisdiction to investigate criminal activity, and, to date, we are not aware of any criminal charges related to these cases.

7. Are there any pending investigations related to these incidents?

None of the investigations begun in the Fall of 2021 are still pending, but as long as an organization or individual is affiliated with the university, there is no time limit to make a report, and the university could investigate reported concerns at a later date.

8. What is the status of the university’s Title IX investigations?

9. Can USC share specific details about or reports related to the investigations?

10. What factors contributed to the various outcomes?

The university is required to conduct investigations in accordance with state and federal laws. A variety of factors contributed to the outcomes, including the availability and participation (or lack of full participation) of parties, witnesses, and harmed individuals; evidence provided by parties and witnesses who participated; and sufficiency of (or lack of) evidence to connect the reported misconduct to action/inaction of the fraternity organization. Under Title IX and California law, allegations cannot be substantiated without the participation of identifiable parties and witnesses, as described above. Moreover, respondents are presumed not responsible unless the preponderance of the evidence (i.e., what more likely than not occurred) establishes university policy was violated.

11. How did federal and state laws impact the timeline of the investigations?

Title IX and California laws are complex, and the investigation process must follow established rules and principles. This means investigations can take, in some cases, more than a year to resolve. Recognizing the impact this can have on parties involved, EEO-TIX care managers are assigned to parties, and reasonably available supportive measures (such as academic accommodations) were offered to parties/witnesses and provided to those who accepted/requested them.

12. Why is USC issuing this update now?

Even though some of the cases closed earlier this summer, the appeal processes did not conclude until October 24, 2022. We did not want to jeopardize the integrity of the process by commenting on these matters before those processes concluded.

13. Why did USC’s investigation take so long?

We are required to comply with Title IX and California law by meeting certain legal requirements for conducting an investigation, including, but not limited to:

14. Does Title IX require the university to investigate anonymous reports of sexual assault and misconduct?

Title IX requires the university to assess all reports of sexual misconduct, including anonymous reports or confidential reports, and to conduct investigations. As described in these FAQs, the university’s ability to investigate and take other actions may be limited where the identities of and/or participation of parties and witnesses cannot be confirmed or secured.

15. What is the university doing to ensure that fraternities are safe?

After the Fall of 2021, when social activities were suspended at all then-affiliated IFC fraternities, the university and members of the IFC worked together to establish new, mandated safety standards, including security guards, bonded bartenders, and collaborative risk mitigation meetings between the university and fraternity houses before social activities. These new safety measures were adopted by all members of the USC IFC except for the one chapter that remained on interim suspension due to an ongoing investigation.

All IFC members were required to complete USC mandated sexual assault training before a chapter could resume recruitment or social activities. Ninety-five percent of the members completed the necessary training.

Other fraternities that have recently chosen to disaffiliate with USC are now no longer governed by the university’s safety measures for recognized student organizations. For that reason, we strongly recommend that students not join or attend unregulated parties hosted by these groups.

The university conducts a fair and thorough process to reach resolutions based on the information that is shared, available, and legally permissible to be considered during the process. Additional information about the resolution process is available on the Office for Equity, Equal Opportunity and Title IX website.

UPDATE AUGUST 23, 2022: It appears that the number of fraternities that are cutting ties with USC is eight rather than 10, according to reports from KPCC, Fox 11, Patch, and Inside Higher Ed.

Los Angeles, California – Ten out of 14 University of Southern California (USC) fraternities formally disaffiliated from the school on Friday. 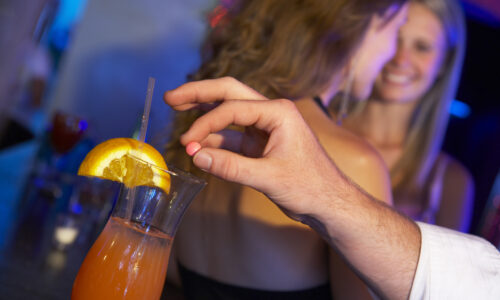 The move was prompted by USC’s new rules on rushing, drinking, and other activities that pose risks, especially to women, reports the Los Angeles Times. Before the formal disaffiliation, the university gave its fraternities until Friday to decide whether or not they would adopt the new rules.

Last fall, USC shut down all Greek life social events in response to allegations of sexual assault, reports ABC7. One of the fraternities that chose to disaffiliate on Friday, Sigma Nu, was placed on interim suspension in October following a report of a sexual assault and several more reports of drugs being placed in women’s drinks at the fraternity’s house.

In response to the fraternities’ decision to disaffiliate, USC officials said they were disappointed and warned of serious consequences. Those ten fraternities will be banned from using USC’s logo or brand, won’t have access to the school’s Greek life portal, be banned from participating in school committees and fairs, and be banned from obtaining professional or personal leadership opportunities, reports the LA Times.

The school also warned that it would urge students to not join the unaffiliated fraternities, going so far as to list the names of the chapters online.

“This decision seems to be driven by the desire to eliminate university oversight of their operations. The members are chafing at procedures and protocols designed to prevent sexual assault and drug abuse and deal with issues of mental health and underage drinking,” the school said in a statement.

USC is working with the remaining fraternities to keep them affiliated with the school.

In response, IFC stated the relationship between USC and the fraternity chapters has been deteriorating over the past several years but vowed to maintain safety.

One response to “UPDATE on USC Investigations Into Alleged Fraternity Misconduct”