The woman told police that her estranged husband showed up to her place of work and wanted to talk to her boyfriend, who also worked there. 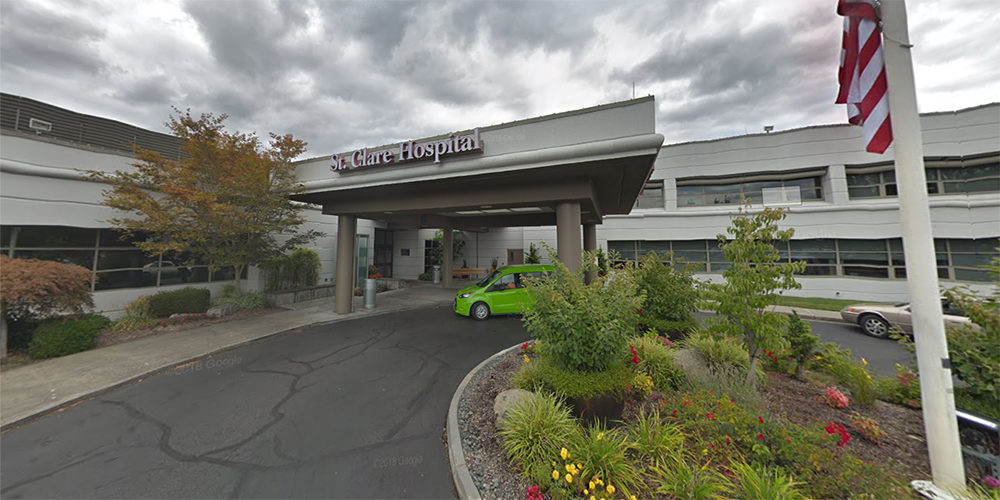 When officers arrived, they found the two men with gunshot wounds near the main entrance and the visibly upset woman. She told police that she and her husband were going through a divorce when he showed up and wanted to talk to her and her boyfriend, who also worked at the hospital.

The three then went outside to the hospital parking lot where the husband reportedly shot her boyfriend multiple times before turning the gun on himself.

“He said, ‘Hey, I want to talk to your new boyfriend,’” said Lakewood Police Lt. Chris Lawler. “As soon as they met, the estranged husband opened fire on the boyfriend.”

The victim was rushed to a nearby trauma hospital where he was later pronounced dead and the shooter died at the scene. The woman was not injured.

CHI Franciscan, which owns St. Clare Hospital, said in a statement, “We are cooperating with law enforcement in their investigation and have learned that one of our employees was fatally shot, and the shooter is also deceased after taking his own life. We have confirmed all other staff and patients are safe and this was an isolated incident.”

The hospital briefly went on lockdown but reopened shortly after officials determined the shooting was an isolated incident.

James Grayson, a senior security consultant, says there are four types of workplace violence: employee vs. criminal outsider, employee vs. client, employee vs. coworker and employee vs. significant other — the latter which is often the greatest threat to female employees.

It is most likely to occur in organizations with large female populations, particularly in areas that can be easily accessed by outsiders, such as hospitals.

According to Grayson, communication and training are the keys to developing a successful worker vs. significant other prevention programs, such as low-risk alternative communication links where employees can report potential threats faced by themselves or their co-workers.

“This requires a robust training program to help ensure that all employees are aware of their options,” he added. “Having in-house or outside resources to evaluate threat potential is important for developing an effective defense strategy. Specific plans to protect at-risk employees should be worked out in cooperation with local police agencies.”