An investigation by the Associated Press found disciplinary action against doctors accused of sexual abuse typically consists of a short suspension and mandatory therapy. 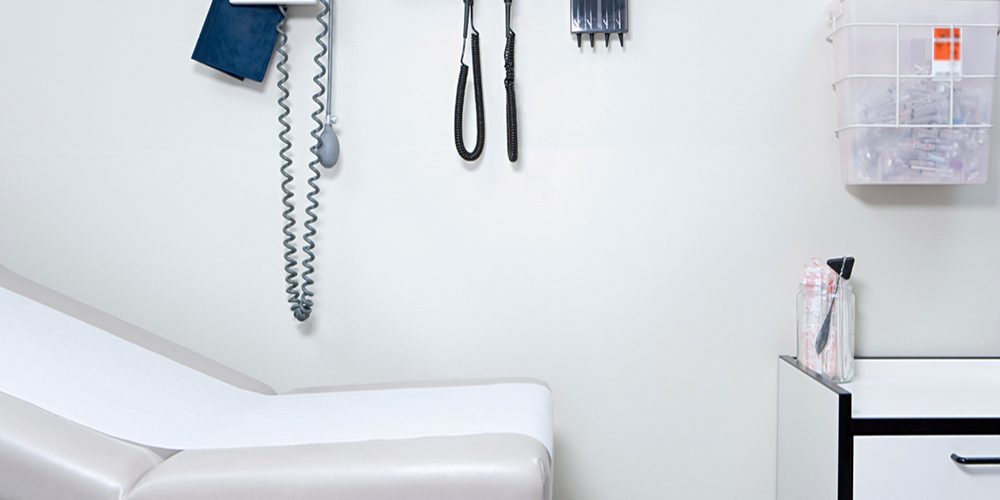 A 2017 study found two-thirds of doctors who were sanctioned by their employers following sexual abuse claims never faced medical board discipline.

Doctors accused of sexual abuse are often able to keep their medical licenses, a dark contrast to recent events in which Hollywood elite and politicians have been pushed out of their jobs for similar allegations, according to an investigation by the Associated Press.

One such doctor, Anthony Bianchi, had three serious sexual abuse allegations against him yet was able to keep his license under the requirements that he goes to therapy and refrains from treating women during his five-year probation, the investigation also found.

The settlement between Bianchi and the California medical board was reached after the board alleged the gynecologist placed a chair against an exam room door and digitally penetrated a patient will exposing himself.

In a second incident, the board alleges Bianchi told a patient that he couldn’t stop looking at her breasts and told her of a sexual dream he had about her.

Finally, in a third incident, Bianchi allegedly told a pregnant patient that she shouldn’t shave her pubic hair before her next visit because he was getting too excited.

The three allegations led to disciplinary actions by the state’s medical board in 2012 and 2016. Bianchi did not contest the charges and has been able to keep his medical license. During his probation, he will evaluate occupational health claims at a workers’ compensation clinic in Fresno.

The Associated Press found disciplinary actions against doctors accused of sexual abuse often consists of a short suspension and mandatory therapy to treat sexually abusive behavior as a symptom of an illness or addiction.

Current guidelines from the Federation of State Physician Health Programs, which represents doctor rehab programs in 47 states, describe sexual harassment as a “cause of impairment” in a doctor. The programs to treat these “impairments” are supposed to be “non-disciplinary”, according to the guidelines.

David Spicer, who has represented doctors facing medical board discipline in Florida, says the state’s rehab programs for doctors are not well designed to evaluate or treat sexual misbehavior and describes the programs’ requirements as “one-size-fits-all”.

“It’s insufficient,” says Rory Reid, a UCLA psychology professor who studies addiction and hypersexual behavior. “We have clinical trials for everything underneath the sun, but there’s not one clinical trial that I’m aware of on the efficacy of treatment for doctors who have engaged in sexual misconduct.”

Jason Rosenberg, a former chairman of the Florida medical board, says the leniency of penalties for doctors accused of sexual abuse is a source of frustration for medical board members who administer the discipline.

In 2013, a Florida psychiatrist allegedly molested jailed psychiatric patients but was able to keep his license. The doctor, James Yelton-Rossello, also was not required to admit guilt in a settlement with the Florida board of medicine.

Rosenberg, who was present during a 2013 meeting regarding Yelton-Rossello, described the sanctions against him as “incredibly inappropriate”.

“You can’t do this and serve french fries,” Rosenberg said during the meeting, referring to fast food restaurants’ policies against hiring sex offenders. “I’m ashamed of what’s going on here.”

2017 Study Supports Claims That Discipline Against Doctors is Too Lenient

A 2017 study found two-thirds of doctors who were sanctioned by their employers or paid a settlement following allegations of sexual misconduct never faced medical board discipline, giving light to years of complaints that the physician disciplinary system is too lenient.

Azza Abbudagga, a health services researcher with the nonprofit advocacy organization Public Citizen who published the report, found that of the 253 doctors reported to the National Practitioner Data Bank for sanctions by their healthcare organization for sexual misconduct, 170 were not disciplined by state medical boards.

“They could tell the public that they will investigate every single case. There are many things that can be done, even just having a policy of zero tolerance,” said Abbudagga. “If every single hospital would just take a stand and issue a statement saying clearly that any sexual misconduct with patients won’t be tolerated and that there will be conseqduences including permanently revoking the medical license of every doctor found guilty.”

One of such cases that has rocked the medical world as of late is that of disgraced former Michigan State University and USA Gymnastics physician Larry Nassar.

Nassar was sentenced to up to 175 years in prison for the sexual abuse of athletes he treated during his long-standing career after he had already been sentenced to 60 years in prison on child pornography charges. Nassar admitted to at least 10 of the accusations against him.

An independent investigation conducted by the Michigan State University Police Department and the FBI found Nassar continued to see patients at the school during a 16-month police probe. At least a dozen female patients were allegedly sexual assault by Nassar during that time frame.

A later investigation conducted by Michigan lawmakers also determined the university failed to protect its students in an attempt to save its own reputation.

Eric Nielson, a medical malpractice attorney in Utah, says doctors often receive reprimands instead of suspensions is common as doctors tend to try to protect other doctors as much as possible.

“There’s an institutional bias on the part of the medical review board,” he said. “They’re generally doctors, they work very hard to get their medical degrees and they’re very, very disinclined to yank the license of another doctor. The primary focus is: Let’s take care of the doctor and help him get through this problem.”