An investigation by Michigan lawmakers determined the university destroyed Nassar victims’ medical records and improperly investigated a Title IX complaint against him. 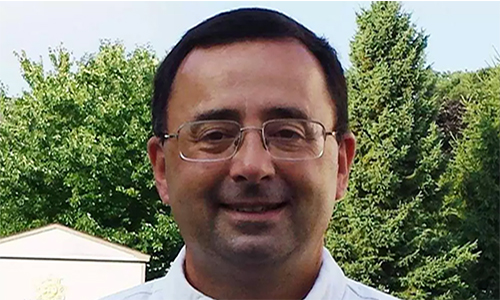 An investigation into how Michigan State University officials handled reports of sexual abuse against former physician Larry Nassar found the school failed the protect its students in an attempt to save its own reputation.

The lawmakers determined the university destroyed Nassar victims’ medical records by the time he was reported to MSU police and failed to properly investigate Nassar following a 2014 Title IX complaint, reports Crain’s Detroit Business. The investigation also found MSU did not have an adequate informed consent policy for Nassar’s treatments.

“I want to thank these committees for everything they’ve done to find out what happened at Michigan State University,” Leonard said in a statement. “The House is committed to finding justice for these survivors and doing everything we can to protect Michigan’s children in the future. I look forward to working with the committees on their reform ideas and turning these findings into real changes that make our state a safer place for everyone.”

The lawmakers sent their findings to law enforcement for consideration in the Michigan Attorney General’s investigations of MSU’s conduct.

“The Attorney General appreciates the work done by the Michigan House of Representatives,” the attorney general’s office said in a statement. “The investigative team will be reviewing the report.”

The report marks the first time the state legislature has publicly commented on the Nassar case, according to CNN. Other institutions that have conducted independent investigations include the Department of Education, the United States Olympics Committee, the NCAA, the Michigan State Police Department and the FBI.

From 2014 to now, 243 individuals, mostly minors, reported abuse by Nassar to the Michigan State University Police Department, according to the report. The lawmakers also indicated 91 additional Title IX complaints were filed against Nassar since Rachel Denhollander filed a Title IX complaint against him in 2016.

The report found many medical records for Nassar’s treatment were not kept. The ones that were kept did not include reference to more sensitive treatments, including intravaginal penetration. Other medical records of those who reported abuse to MSU police were destroyed, although the report found they were all destroyed in accordance with state law and MSU’s record retention policy.

The report additionally determined Nassar grew lackadaisical with his practices and became more comfortable with his conduct over time.

When Nassar started at MSU in the 1990s, he would explain and demonstrate the procedure on a pelvic model. By the 2000s, Nassar would only inform patients that he was going to “adjust the pelvic bone”. By 2014, he was comfortable enough to abuse his patients without any explanation to the “treatment” he was going to perform.

“By 2016, he was self-assured enough to readily admit to investigators that he ‘does not get written consent from the patient before treatment’ and even testified that ‘unless the patient stops him, he is assuming the patient understand,” says the report.

The lawmakers also looked into the school’s investigation of former MSU student Amanda Thomashow, who filed a Title IX complaint against Nassar in 2014.

While the school’s investigation determined Nassar did not violate the school’s sexual harassment policy, the House found MSU “failed to properly investigate” the student’s complaint for several reasons.

First, the investigation was based on “flawed testimony” from “biased medical experts”, all of whom worked with Nassar or knew him personally and one of whom Nassar handpicked.

Second, the experts’ explanations were “fallacious at best” and “provided circular justifications” for what Nassar says were authentic medical treatments.

Last, the report says Thomashow received a different final report than Nassar following the internal investigation. Her report did not include the new requirements Nassar was ordered to follow with future patients. This discrepancy, says lawmakers, “demonstrates an office culture more focused on protecting the institution than survivors.”

MSU officials still maintain its internal Title IX investigation was not mishandled and that the facts of Thomashow’s case were “materially different” from a later investigation, which “reached the opposite conclusion.”

As a response to its findings, the lawmakers outlined a series of recommended law changes through regulations on how intravaginal treatments are used, including more early interventions through mandatory reporting and holding universities more accountable in Title IX allegations.