The Title IX changes include the removal of the preponderance of evidence standard requirement. 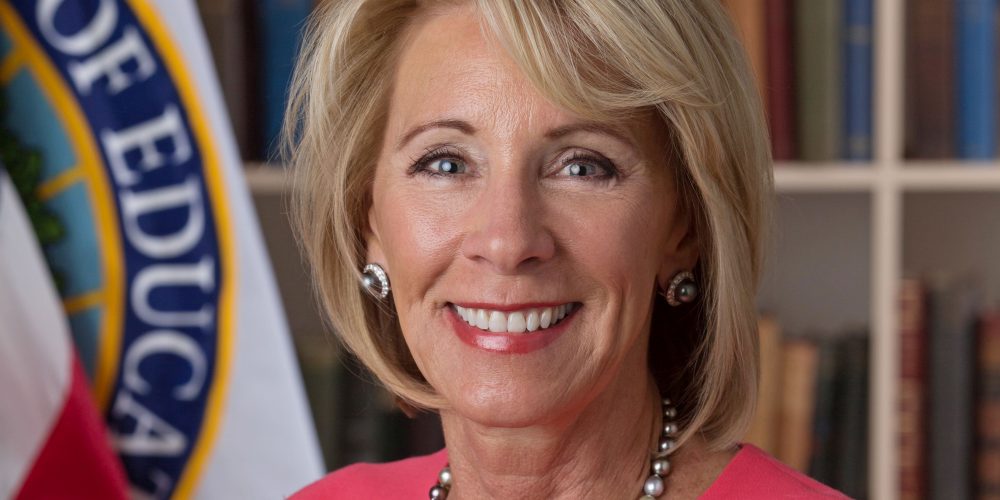 On Friday, the department announced new interim Q&A guidance for schools and the withdrawal of both the 2011 Dear Colleague Letter on Sexual Violence and the 2014 Questions and Answers on Title IX Sexual Violence.

Schools may now decide whether to use the preponderance of evidence standard or the clear and convincing standard when adjudicating sexual assault cases as part of several Title IX changes announced Friday.

The sweeping changes are part of multiple announcements made by the Department of Education September 22, some of the first official guidance issued under Education Secretary Betsy DeVos.

In a press release, the department announced new interim Q&A guidance for schools and the withdrawal of both the 2011 Dear Colleague Letter on Sexual Violence and the 2014 Questions and Answers on Title IX Sexual Violence.

“Schools must continue to confront these horrific crimes and behaviors head-on,” DeVos said. “There will be no more sweeping them under the rug. But the process also must be fair and impartial, giving everyone more confidence in its outcomes.”

The department faulted the 2011 Dear Colleague Letter, one of the most impactful pieces of Title IX guidance issued, for not meeting notice and comment requirements, stating that it “created a system that lacked basic elements of due process and failed to ensure fundamental fairness.”

Other notable changes, along with excerpts from the department’s Q&A, are listed below.

The Merging of Title IX and Clery

“When addressing allegations of dating violence, domestic violence, sexual assault, or stalking, institutions are subject to the Clery Act regulations as well as Title IX.”

Equity in Interim Measures, Investigations for Accused and Accusers

“In fairly assessing the need for a party to receive interim measures, a school may not rely on fixed rules or operating assumptions that favor one party over another, nor may a school make such measures available only to one party.”

The Q&A goes on to cover Title IX investigations:

“Any rights or opportunities that a school makes available to one party during the investigation should be made available to the other party on equal terms.”

Schools May Choose Who Can Appeal

“If a school chooses to allow appeals from its decisions regarding responsibility and/or disciplinary sanctions, the school may choose to allow appeal solely by the responding party; or by both parties, in which case any appeal procedures must be equally available to both parties.”

“There is no fixed time frame under which a school must complete a Title IX investigation. OCR will evaluate a school’s good faith effort to conduct a fair, impartial investigation in a timely manner designed to provide all parties with resolution.”

Many sexual assault victim advocacy groups condemned the department’s announcements. Laura Dunn, founder of SurvJustice, a not-for-profit that supports survivors of sexual violence, says the changes “flip a civil right on its head.”

“Title IX only protects those victimized by sex discrimination, including in the form of sexual harassment and violence,” Dunn said in a statement. “The Department can make such protections consistent with due process and fair procedure, but it has no legal authority to advance rights for only accused student under Title IX.”

Dunn characterized the clear and convincing standard colleges can now use as a “default advantage for the accused” and argued the department exceeded its authority with the changes listed above.

“SurvJustice will not stand idly by as the Department becomes a tool to advance the rights of those accused at the expense of those victimization and lawfully protected under Title IX.”

Now the Department plans to undergo a rule making process on Title IX responsibilities and sexual misconduct, soliciting comments from stakeholders and the public.

In a press release issued on Friday, the Clery Center provided the following takeaways from the Department’s new guidance (key aspects of the document are in bold; non-bolded is Clery Center context or comments.):

The Clery Center also stated that it looks forward to “providing our feedback to the Department on where the previous Title IX guidance (2011 and 2014) provided important information to colleges and universities that ensured the prompt, fair, and impartial process required by both Title IX and the Clery Act. Guidance is important, but it’s also important that such guidance does not leave room for campus processes to be manipulated or abused to only benefit one party. As a result, the public comment process will play an important role in giving voice to all individuals impacted by sexual violence.”

Note: This article has been revised to include the Clery Center’s response to the Department of Education’s Sept. 22 guidance.