Training requirements, the risk of friendly fire, cost and many other factors make arming teachers a bad choice.

The full extent of the tragedy of February’s Marjory Stoneman Douglas High School mass shooting has sunk in for all of us, and campuses are once again evaluating whether or not they should arm their teachers. Let’s revisit several of the reasons why arming faculty members is a terrible idea.

To safely carry and use a concealed weapon on campus during an active shooter attack, teachers must receive intensive, on-going firearms training. This means they would need to attend something akin to a law enforcement academy that teaches them when to pull their gun, when to fire and hold their fire and how to shoot a firearm accurately.

According to the National Association of School Resource Officers (NASRO), which opposes arming teachers, the training of teachers should be done under simulated and high-stress conditions, and should prepare them to take the lives of students if they are the assailants. Because firearm skills degrade rapidly, training must be on-going and frequent.

Considering all of the challenges campuses have with adequately maintaining their cameras, locks, two-way radios and other equipment, the idea that faculty members would stay current on firearms training is delusional. What’s more, not staying up-to-date on firearms proficiency is potentially much more deadly than not maintaining your security equipment. If a camera, radio or lock isn’t maintained, it most likely just won’t work, but it won’t kill anyone, unlike the misuse of a gun.

Additionally, according to Weinstein, those who receive training on a range most likely won’t be adequately prepared to respond to an active shooter.

Even individuals who have received active shooter firearms response training from local police have performed poorly during active shooter exercises. Weinstein recalls the time he witnessed a church active shooter exercise a few years ago involving church team members who were trained and went through some simple scenarios: “During various scenarios, innocent civilians were shot, as were police (actors) responding to the scene. Team members crossed in front of other members’ aimed weapons. In short, it was a nightmare, not to mention a gigantic potential liability for the church.”

And let’s not forget the fact that police officers who do receive adequate firearms training more often than not miss their targets when they are under the severe stress of an incident. 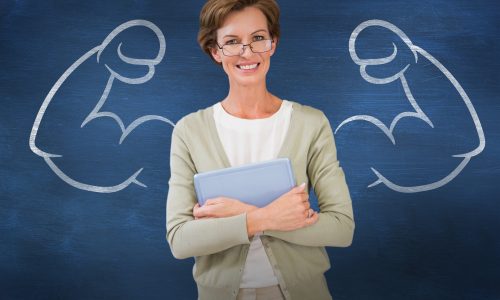 Here’s a list of several other reasons why arming teachers is a bad idea:

This is just a brief overview of the many reasons why schools should not allow teachers to carry firearms on campus. Arming teachers poses too many risks and will make campuses less safe.