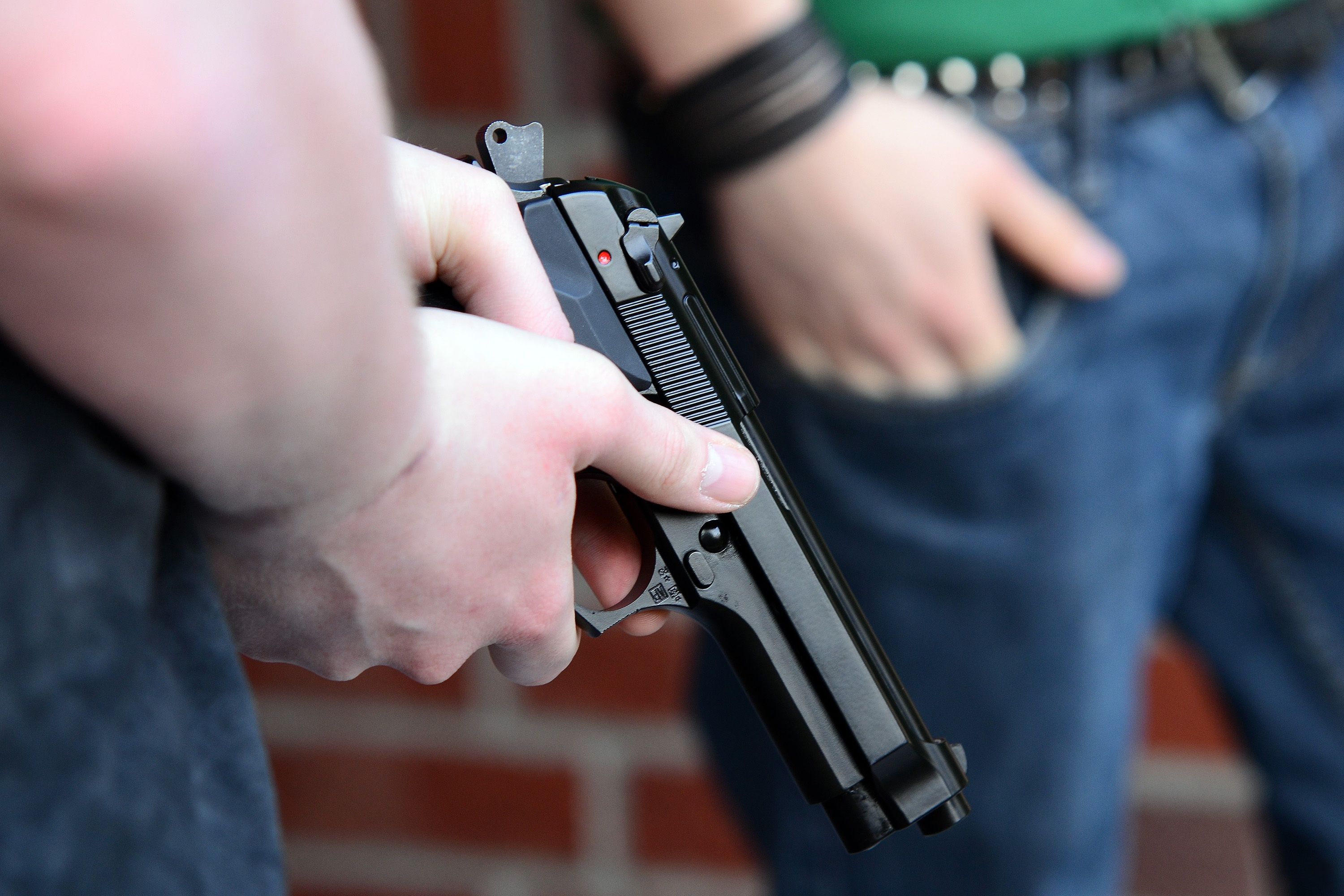 I’m a “gun guy.” Always have been; always will be. I am an NRA member. I am a cop and a certified firearms instructor. I have taught boatloads of officers to shoot over the years. I have taught firearms safety, marksmanship and tactics to civilians, many of whom eventually obtained a concealed carry permit (CCP). I am a certified active shooter tactical response trainer, responsible for teaching tactics to patrol officers. I am a firm believer in Robert Heinlein’s quote “an armed society is a polite society.” I have more guns than my wife has pocketbooks (but not shoes, sadly). I once even gave my ex-wife a rifle I particularly wanted for our anniversary, which explains in part, at least, why she’s an ex-wife.

I support the Second Amendment. People have a right to defend themselves against deadly force, especially since police arrive in minutes when seconds count. I am also a big supporter of CCPs. The pages of American Rifleman, a monthly NRA members’ magazine, are replete with accounts of citizens effectively defending themselves and others. There is something very American about individuals protecting themselves and others. I also believe that CCP holders likely have a deterrent effect on potential wrongdoers. An evildoer planning violence might reconsider his or her plans if there is a realistic expectation of meeting up with an armed citizen.

The recent spate of active shooter incidents has once again focused attention on the discussion of allowing armed citizens, whether faculty, students, or staff, onto our college campuses and into our classrooms. My chief asked for my views on the subject, and I quickly mentioned several arguments that support allowing CCP holders on campus:  the right of people to protect themselves; the vulnerability of “gun-free zones,” whose proscriptions against weapons are disregarded by criminals who have weapons; the inability of police to be immediately at the scene of a crime; and examples of successful CCP holder interventions saving lives.

However, despite my inclination to support the idea, something nagged at me. It occurred to me there is a significant difference between an individual citizen acting to defend himself and that citizen assuming an official role, blessed by a government agency to, in effect, assume police responsibilities. These concerns were driven home by an experience I had the following weekend.

On the day of their scenarios, fully aware of what was to come and therefore, “leaning forward in the foxhole,” the team members went through relatively simple scenarios. During various scenarios, innocent civilians were shot as were police (actors) responding to the scene. Team members crossed in front of other members’ aimed weapons. In short, it was a nightmare, not to mention a gigantic potential liability for the church.

Upon observing the team’s performance in these straightforward scenarios, my opinion changed on the desirability of an institution endorsing armed CCP holders in classes to deter and, if deterrence fails, respond to an active shooter on campus. Ultimately, I came to the conclusion that the possession of a CCP and even firearms training received by many in the military do not ensure the ability to appropriately use firearms to protect life and limb in a college setting.

Allowing CCP holders to be armed on campus creates a false sense of security, potentially opens the college to significant liability and could result in unintended shootings/killings. This is not to say there aren’t many serious and capable CCP holders who have adequate training. The point is there is no assessment protocol, short of having colleges and universities assess individual CCP citizens.