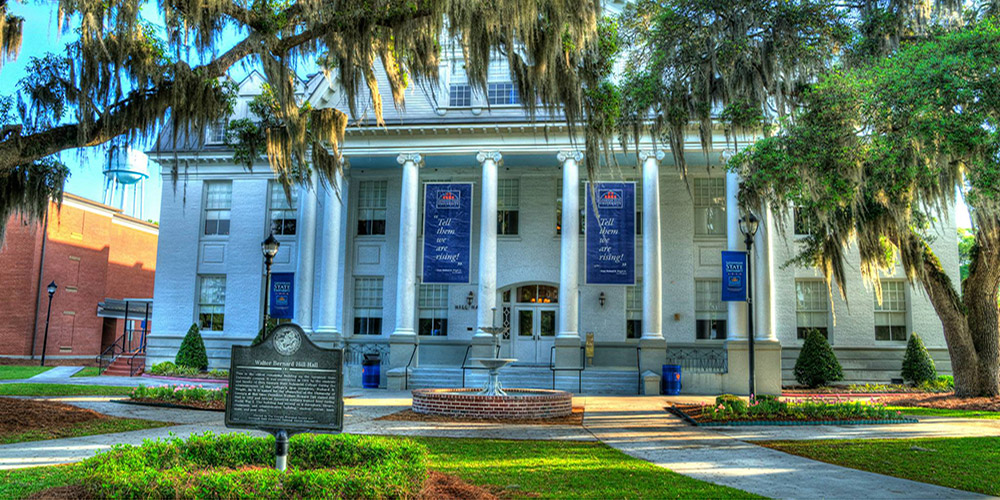 Neither the suspect nor the victim were Savannah State students.

A man has been arrested in connection with a fatal shooting at Savannah State University on Saturday.

The shooting occurred at approximately 2:30 p.m. near the school’s University Commons.

The suspect, identified as 20-year-old Phillip Burke, was arrested after authorities found he was on the scene when the shooting took place, reports AJC. SSU Police Chief James Barnwell credits the identification of the suspect to recent enhancements of the school’s surveillance systems and its new campus safety app, LiveSafe.

The victim, 20-year-old Kaleel Clarke, was taken to Memorial Hospital with multiple gunshot wounds. He later died from his injuries.

Neither the suspect nor the victim were students at the school, says Barnwell.

The Savannah, Ga., campus was placed on lockdown until 4:45 p.m. Officers were looking for the suspect who reportedly left school grounds in a silver 2006 Chevrolet Monte Carlo LT, according to WTVM.

The SSU Department of Public Safety has since increased campus security by adding more police patrols and allowing entrance to the campus through one main gate. Anyone going on campus must also present identification.

Burke has been charged with carrying a weapon in a school safety zones and possession of a firearm during the commission or attempt to commit certain felonies.

Many students have voiced concerns following Saturday’s shooting regarding reoccurring violence on the campus.

“This is not the first time that this has happened and this is a big situation that keeps happening and keeps reoccurring,” says student Jalen Holmes.

In October of 2011, two Savannah State students were shot at an on-campus townhouse complex. It was the second shooting to occur on the campus that year. In August, a student was treated for a gunshot wound he received outside a leasing office.

In December of 2014, two students filed lawsuits against the school claiming the university ignored a pattern of criminal conduct after they were robbed at gunpoint and raped in campus housing in 2013.

The assailant, 38-year-old Torrey Scott, was captured on security footage climbing a fence to gain entry to the campus. Surveillance also shows him loitering in the parking lot of the victims’ apartment complex for more than 15 minutes. The victims were rewarded $10 million in damages.

In August of 2015, junior Christopher Starks was shot and killed at the school’s student union following an altercation.

The current investigation is being conducted by the SSU Department of Public Safety and the Georgia Bureau of Investigation. Anyone with information regarding the incident is asked to call 912-358-3004.