Since 1970, there has been at least one hazing-related college death each year.

Eighteen Beta Theta Pi fraternity members have been charged in the February 4 death of a freshman pledge.

Pledges took part in “the gauntlet”, a hazing ritual which forces the potential candidates to drink at a fast pace in a series of drinking games, according to People.

Video footage shows Piazza sustaining injuries from multiple falls, including one head-first fall down a flight of stairs.

Traditionally, fraternities and sororities are responsible for their own misconduct reprehensions as they are private organizations. Most university jurisdictions only include the ability to remove recognition as student organizations and to investigate the processes being used to internally discipline student conduct.

The university will take complete control of misconduct handlings within the Greek life on campus. Any hazing, whether it is alcohol related or involves physical or mental abuse, will result in immediate removal of university recognition.

“Many students come to campus for the first time, experiencing life on their own, making choices regarding education, relationships, alcohol and self-discipline. They have a need for community, and some turn to traditional collegiate social organizations,” said Barron. “But, tragically, Greek life has changed – fostering a drinking culture that can put students at risk, academically and physically.”

A newly establish Greek-life Response Team will be permitted to report any wrongdoings to the student misconduct office and will work closely with both law enforcement and neighborhood groups in the surrounding areas.

All chapters will be required to sign a contract agreeing to these stipulations.

The Statistics of Hazing

According to EducationNews.org, some shocking hazing statistics include:

Barron emphasizes that the changes Penn State is making aren’t enough. “Many other issues require attention. From tougher laws — like strengthening penalties for hazing, to looking more closely at amnesty and examining risk management policies of the nationals.” 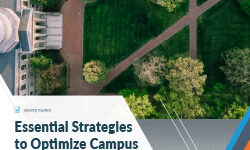