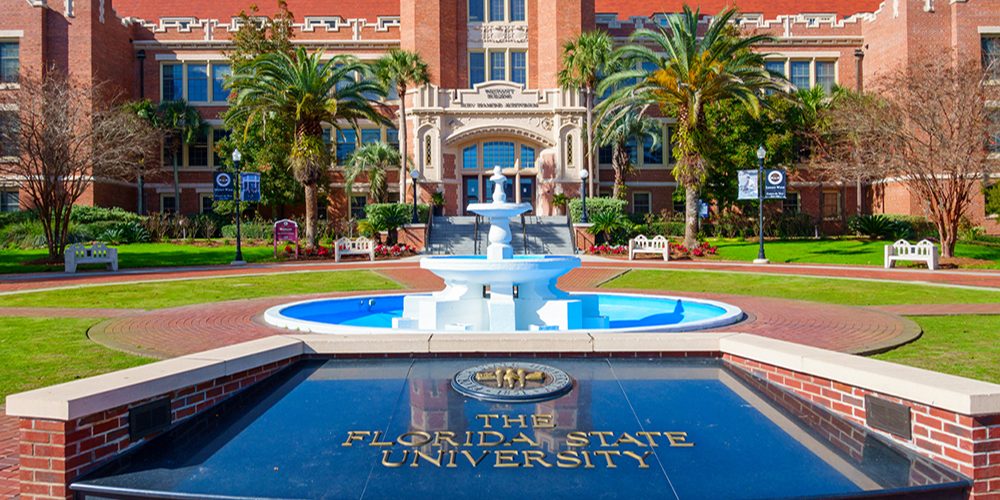 FSU pledge Andrew Coffey died of acute alcohol poisoning and had a blood alcohol content of .447.

Five men facing trial in the 2017 hazing death of their fraternity brother reached plea deals that include jail time.

Coffey was found unresponsive the morning after a party at the fraternity house back in November. An autopsy determined he died of acute alcohol poisoning and had a blood alcohol content of .447.

Additionally, the five former fraternity brothers will be on probation for the next two years, will be required to attend anti-hazing classes, will have to abstain from consuming alcohol and will be subject to random testing. They must also write an apology letter to the Coffey family and will be required to speak about the hazing and other topics related to the case when asked to, according to WCJB.

Hamlin, Birmingham and Bauer will turn themselves in by 5 p.m. on April 20 and each will have 30 days to appeal their sentencing. Ray’s attorney said his client would be turning himself in by 6 p.m. on Monday to begin serving his sentence.

Prior to the sentencing, Coffey’s mother, Sandra, read a victim impact statement in court, stating her family is “haunted by the image” of their son being alone with no one coming to his aide and calling for an end to all fraternity hazing.

Ravelo also read an apology in court to the Coffey family, stating, “I’m sorry for not thinking, sorry for not acting the way I was raised to act. I recognize that what happened to Andrew could have happened to me or someone else and it’s not a matter of if, but when. I can make a promise to you that moving forward I will be a part of the solution and not part of the problem.”

The Coffey family has filed civil suits against Pi Kappa Phi and all nine men facing charges in connection with their son’s death. The four other defendants – Luke Kluttz, Anthony Petagine, Anthony Oppenheimer and Clayton Muehlstein – are facing charges of third-degree felony hazing and are set to go to trial in June. If found guilty, each could spend up to five years in prison.

Since their son’s passing, Coffey’s parents have also joined more than a dozen other families to form PUSH (Parents United to Stop Hazing), a nationwide effort to eradicate the practice of hazing from college campuses, reports The Tallahassee Democrat.

Florida State suspended Greek life at all of its 55 fraternities and sororities on November 6 following Coffey’s death.

“I just feel like for whatever reason, the message is not getting through,” FSU president John Thrasher said of the decision. “Unfortunately, we’ve got to take steps with our students, to make sure this never happens again.”

In January 2018, the Tallahassee school partially lifted the suspension, allowing for the reinstatement of activities related to philanthropy and recruitment.